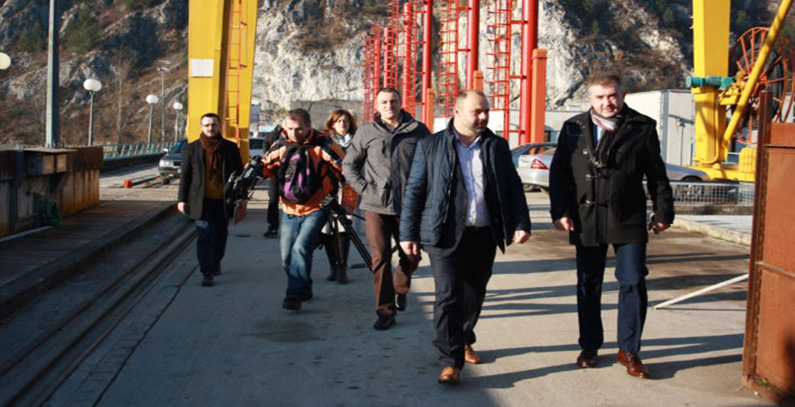 During 27 years of operation, the hydroelectric power plant (HPP) produced 24,966 GWh of electricity. This year 1,032 GWh was generated, which is 20% more than the originally planned power production, reports the agency Srna.

Although power has been generated at the maximum capacity, the HPP on the river Drina faces financial issues, since the price of electricity for the domestic market is five times lower than the one for export.

“In the meantime, the amount of electricity produced for export is reduced, so we are operating at a loss by BAM 3.5 million (EUR 1.8 million) annually. The biggest problem we face is a high level of unpaid receivables from Elektroprivreda of the Republic of Srpska, but regardless of all these issues, it remains the most reliable and the most important producer and supplier of electricity in the Republic of Srpska,” said the director of the company Mile Lakić for Srna.

Works on the consolidation of the terrain under the dam are in progress, and this is the largest project since the HPP was put into operation. The value of the project is around BAM 6.3 million (around EUR 3.2 million). In the next period, the company will maintain the operational readiness to receive the amount of water and prepare for the activities related to the construction of the reversible HPP Buk Bijela.

Driver of economy in RS

The company Hidroelektrane na Drini is a major driver of the economy in Višegrad, but also in the Republic of Srpska, said mayor Mladen Đurević during a visit to the HPP.

As part of the activity of visiting the companies operating on the territory of the municipality of Višegrad, the delegation first visited the HPP on the Drina, the largest firm in the municipality and beyond that is employing 265 people.

“We want to visit all the companies in the municipality of Višegrad with the aim of reviewing the issues entrepreneurs face as they contribute to the municipality budget increase,” said Đurević and pointed out that a large part of the municipal revenue comes from the HPP.

The sustainable development of the hydropower potential of the river Drina was recently discussed at the workshop organized by the Economic Commission for Europe of the United Nations (UNECE) which was attended by representatives of three neighbouring countries Bosnia and Herzegovina, Montenegro and Serbia participating in the project.