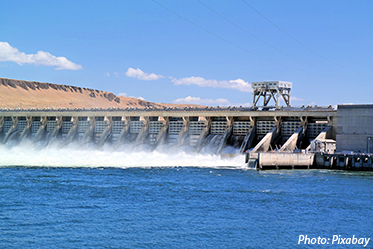 Romania saw the production capacity for electricity from renewable sources decrease by 9.5% or 489 MW this year through the end of April, to 4.65 GW, data centralized by power grid operator Transelectrica show.

A report by Act Media said wind farms had 2.93 GW, photovoltaic facilities had 1.31 GW, while there was 313 MW installed in small hydropower plants. Biomass projects had an unchanged capacity of 103 MW for electricity.

The largest decline, 272 MW, was in the segment of small hydro facilities. The wind turbine capacity decreased by 197 MW and that of photovoltaic parks by 20 MW. Renewable energy producers receive free green certificates to sell. They are paid by all users in Romania, including the population, through the electricity bill. This year’s compulsory quota of electricity produced from renewable sources in the system of certificates is 12.15% of consumption, according to a decision adopted by the government on December 30. Producers have been struggling to make profit. Last year’s quota was 11.9%.

Romania will reach the level of 24% of the final energy consumption from renewable sources before 2020 so it could statistically transfer to other states the green energy surplus, according to the Ministry of Energy. The share in 2013 and 2014 was 25.13% and 26.27%, far exceeding the target of 19.66%, its document says. At the proposal of Energy Regulatory Authority (ANRE), the government accepted to regulate the share of renewable energy in the system of certificates for this year from the 17% stipulated by law.