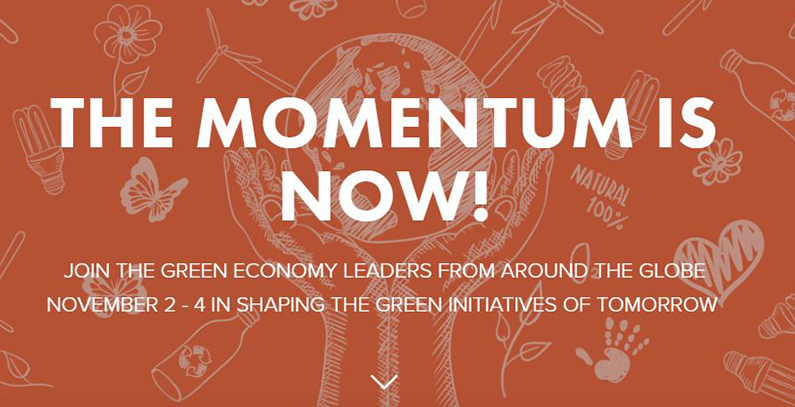 Green Economy Congress 2017 titled “Mapping the Green Economy Momentum in Post-Industrial Era” will take place in Belgrade, Serbia’s capital from November 2-4. The congress will gather green economy leaders from around the world dedicated to development and promotion of green economy model and initiatives, says the organizer.

The three-day gathering, hosted by civil society organizations Networked (UMreži) and Grupa za analizu i kreiranje javnih politika (GAJP), will focus on the potentials of the green economy. The model will be discussed by economists, innovators, entrepreneurs and decision makers at several panels: circular economy – changing business models and shifting systems thinking; economy decentralization; innovation and science as a path to green transformation; role of women in green economy; re-thinking the economy by production change not climate change; and green public procurement.

Green Economy Fair, with a participation of numerous start-up companies from Serbia and SEE region is also to take place during the congress.

“Green economy implies the establishment of new jobs, but also the greening of the existing ones. It is a holistic approach that, considering the fact that natural resources are limited, generates development, including respect for human and social rights, such as workers’ rights, gender equality and inclusion. We are organizing the Green Economy Congress to present all the potentials of the green economy and inspire people to change. The long-term goal of the project is to build a platform that will bring together the leaders of the green economy,” says Žaklina Živković, program manager of Green Economy Congress.

One of the most interesting panels during the three-day event in Belgrade will highlight the role of women and gender policies in green economy.

“Women in Green Economy: Success stories” panel will be an excellent opportunity to discuss the role and importance of women in green economy and sustainable development. Today, women are perceived as agents of change globally, in Serbia and SEE region as well. There are numerous examples of exceptional women coming from different professions who do not just significantly contribute through their work to better and sustainable future, but also inspire the whole society to change old habits and patterns of behavior and business practices and to accept the concept of green economy as the only way forward”, says Branislava Jovičić, president at Center for Promotion of Sustainable Development (CPOR) and congress participant.