Greece, Cyprus and Egypt to be connected with underwater electric cable 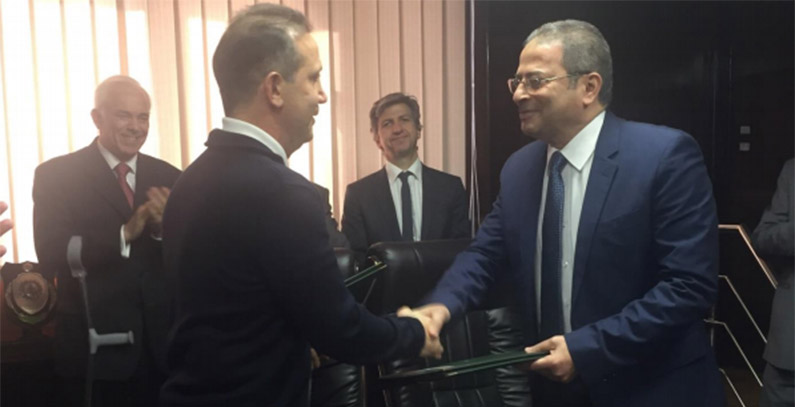 Greece, Cyprus and Egypt signed a memorandum on the completion of a study for the construction of the EuroAfrica Interconnector, an underwater electric cable connecting the power grids of those countries with continental Europe.

The 1.648 kilometer cable will be one of the longest in the world, with a capacity of 2.000 MW, and the construction will take three years after the conclusion of the feasibility study. The President of EuroAfrica Interconnector Nasos Ktorides said at the signing ceremony in Cairo that this partnership can only bring benefits to the three participating nations.

“Greece will increase its energy efficiency, and will become a major player in the European energy arena, Cyprus will be an electricity hub in the south eastern Mediterranean and Egypt will become an important energy hub for Africa,” he said.

The aim of the Interconnector is to offer significant economic and geopolitical benefits to the involved countries and contribute to the European Union’s target for 10 percent of electricity interconnection between member states.

In a brief address, the ambassadors of Cyprus and Greece expressed the support of their governments in taking the project forward. The conclusion of the necessary studies will mark the beginning of the implementation of the interconnector electric cable.

The submarine EuroAfrica Interconnector will secure the participation of Greece, Cyprus and Egypt in the pan-European electricity grid. Through this project, three countries are to gain energy security and independence and will be able to export power to European countries with energy deficit, according to the press release.