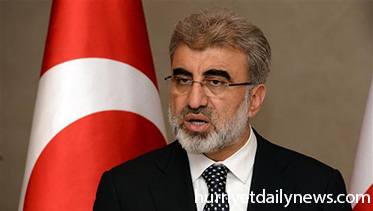 At the 21st International Energy and Environment Fair and Conference (ICCI 2015) in Istanbul, he said the allocated capacity for wind power plants was 3 GW, but the authority received a total of 42.27 GW pre-license applications the previous week.

The applications were accepted between April 24 and 30 and were to be sent to the General Directorate of Renewable Energy for technical evaluations.

“Turkey has a great potential for wind power and I strongly believe that Turkey will reach its 20,000 MW installed capacity goal by 2023,” Yılmaz said. He added that the number of applications and capacities rose rapidly after the regulation of unlicensed electricity production went into force; the majority of such applications were for solar power.