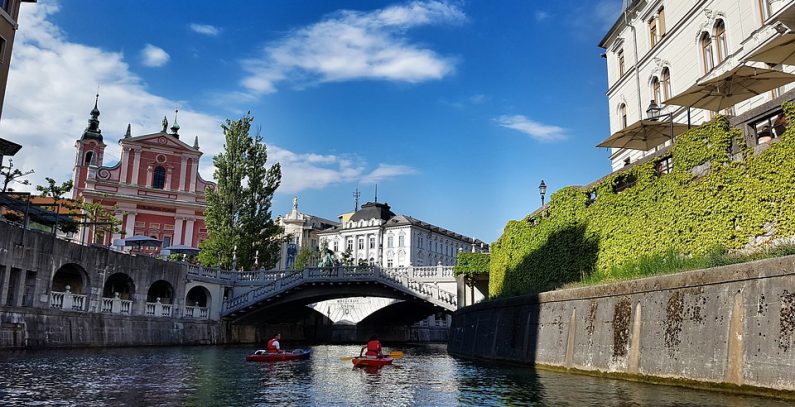 The Slovenian government has defined the text of the proposal of a resolution on the Energy Concept of Slovenia, a framework document laying out the country’s long-term energy goals, and sent it to the parliament for adoption.

The document envisages lowering greenhouse gas (GHG) emissions by at least 80% by 2050 compared to the 1990 level.

“Detailed targets for reducing GHG emissions will be determined by the Climate Strategy for Slovenia in 2020 at the latest,” the proposal reads.

The transition to a low-carbon economy would hinge on continued use of nuclear energy, with the life of the Krško nuclear power station to be extended to 2043, according to proposal.

The projections show that in the long run, the EU emission allowances market will have a significant impact on the production of electricity, as well as local production from renewable energy sources, a statement by the Infrastructure Ministry reads, adding that energy will have to adapt to this transition in a timely manner.

In order to achieve the set long-term goals, Slovenia will have to restrict the use of fossil fuels, according to the statement, which notes that the document focuses on increasing energy efficiency and the use of renewable and low carbon sources.

The key goals set out by the document include a gradual reduction of energy consumption and increasing energy efficiency; boosting the production of energy from renewable sources and substituting fossil fuels for the production of energy, heating, and transport; guidelines for preparations to adopt a decision on the use of nuclear energy; and the technological development and commercial breakthrough of renewable energy sources, advanced technologies and services, including energy storage and energy efficiency.

Concrete measures to achieve the goals laid out in the Energy Concept of Slovenia will be further specified in accompanying implementation documents – action plans referring to energy supply and management.

The aim of Slovenia’s energy policy is to ensure a reliable, secure and competitive energy supply in a sustainable manner, a transition to a low-carbon society and the achievement of sustainable development goals, the statement reads.