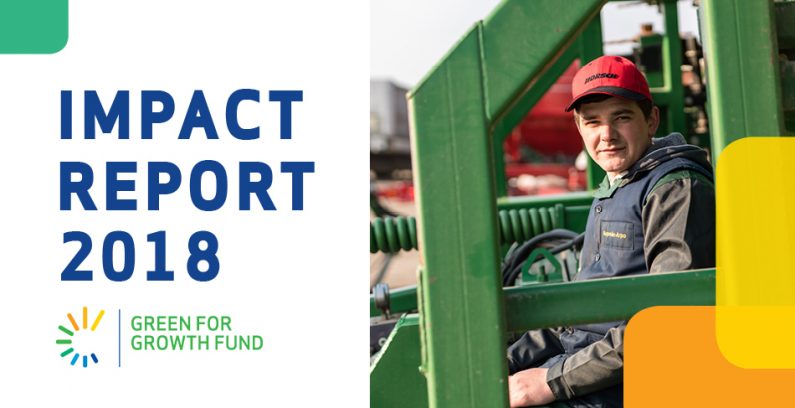 By the end of 2018, the Green for Growth Fund (GGF) had financed nearly EUR 825 million in green investments, substantially reducing energy consumption and CO2 emissions. The fund’s investments are having a measurable impact on households and businesses by reducing their energy bills and CO2 emissions as well as enabling them to use resources efficiently, writes GGF Chairman Olaf Zymelka in GGF’s recently unveiled Impact Report 2018.

The GGF Impact Report 2018 outlines the fund’s groundbreaking achievements over the year in its mission to advance energy efficiency, renewable energy, and resource efficiency in the target regions of Southeast Europe, the Caucasus, the Middle East and North Africa.

EUR 825 million in investments financed by the GGF reduced energy consumption by 2.75 TWh annually and CO2 emissions by 692,183 metric tons

The cumulative EUR 825 million in investments financed by the GGF have saved annually 2.75 TWh of energy, which equals the yearly primary energy consumption of more than 400,000 Moroccan households, and reduced CO2 emissions by 692,183 metric tons so far, which equals planting pines over an area of 1,700 soccer fields every year, according to the Impact Report 2018.

The growing portfolio of renewable energy projects supported by the fund exceeds 900 MW of capacity, or more than the peak summer power demand of Moldova, according to the Impact Report 2018.

In nine years of operation, the GGF has steadily increased its scope and impact, becoming a significant driver of green finance in its target regions, which include Albania, Bosnia and Herzegovina, Croatia, Kosovo*, North Macedonia, Montenegro, Serbia, and Turkey, as well as Armenia, Azerbaijan, Georgia, Moldova, and Ukraine and Egypt, Jordan, Lebanon, Morocco, Palestinian Territories, and Tunisia.

Some of the Success Stories shared in the Impact Report 2018 include building energy efficiency awareness among Kosovo households, organizing the inaugural Sustainable Future Forum, which hosted the grand finale of the clim@ pitching competition, and supporting renewable energy in Egypt.