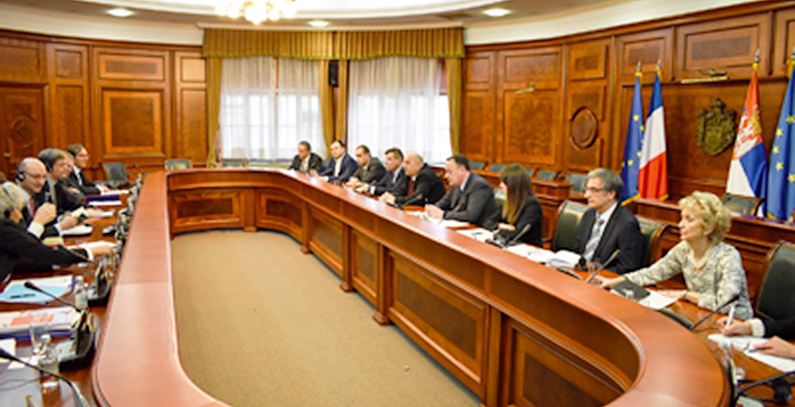 “According to many parameters, EDF is one of the world’s leading energy companies, and we are prepared to analyze the underused power potentials together as well as opportunities to build hydroelectrical facilities along Serbia’s rivers,” Antić said.

Minister told the press that there was great interest of the Serbian side in working with the EDF and developing projects related to the improvement of the power transmission and distribution grid.

He added that French and Serbian participants at the meeting agreed to intensify the cooperation, primarily that of expert teams. The next step is an expert team from Serbia to visit France and EDF. The next step would be for the team of Serbian experts to visit EDF’s headquarters in France.

Ambassador of France in Serbia Frederic Mondoloni said that France was looking to help Serbia in its economic development and that French companies and business people wanted to establish cooperation with their counterparts from Serbia to the benefit of both French and Serbian companies.

“The EDF delegation was here in order to look into the ways of cooperation with companies from the energy sector in Serbia in all fields,” Mondoloni said.

This visit of EDF was agreed in mid-January this year when Minister Antic and the ambassador Mondoloni signed the statement of intent regarding cooperation between two countries in the field of energy.

EDF has already worked in Serbia as a consultant on various projects with the power utility company Elektroprivreda Srbije (EPS).