Fourth RENEXPO BiH to be held in Sarajevo in November 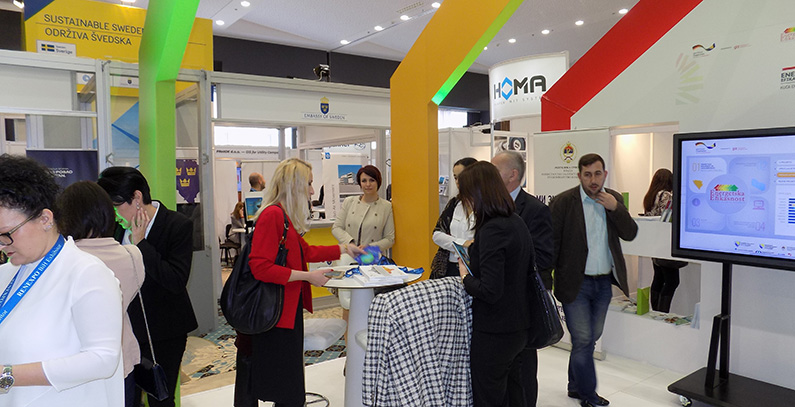 On November 8 and 9, the Fourth RENEXPO BiH will gather in Sarajevo investors, decision makers, local and international experts, representatives of ministries and municipal authorities and businesses in the field of renewable energy, energy efficiency, water management and environment.

The fair is announced as the largest fair in Bosnia and Herzegovina (BiH) in the field of renewable energy, energy efficiency, water management and the environment,  as well as the biomass.

At the fair, products, services and technologies will be presented by more than 80 exhibitors from 20 countries. The organizer, REECO Group, announced that 1,500 experts and visitors are expected at the fair, as well as 700 participants at the conferences that will be organized during the fair.

On November 8, workshops on small hydropower plants in BiH and energy efficiency in buildings in BiH, and the panel dedicated to building renovation strategy of BiH panel will be held. Those gatherings will be organized by the German Agency for International Cooperation (GIZ).

A round table dedicated to wind energy in BiH and a conference on solid waste management in the country will be also held on the first day.

The second day of the fair is dedicated to water, hydropower and bioenergy: the international bioenergy and hydroenergy conferences will be held as well as the conference on sustainable drinking water and wastewater management. A workshop on control of network losses in water supply systems will be also organized.

B2B meetings will be also organized at the fair to enable knowledge and experience exchange.

On the eve of the fair, a second advisory meeting was held in Sarajevo on September 15, attended by 35 experts in the field of energy and water, representatives of the embassies, the Ministry of Foreign Trade and Economic Relations of Bosnia and Herzegovina, and managers of public companies.

The Foreign Investment Promotion Agency of Bosnia and Herzegovina (FIPA) representatvie Amir Kazić thanked for the opportunity for FIPA to present the country’s investment potential in the field of renewable, energy, wind and water within the framework of the conference program.

The next RENEXPO fair will be organized in Belgrade, on April 24, 2018, while the next RENEXPO BiH will be held in Sarajevo at the end of October 2018.