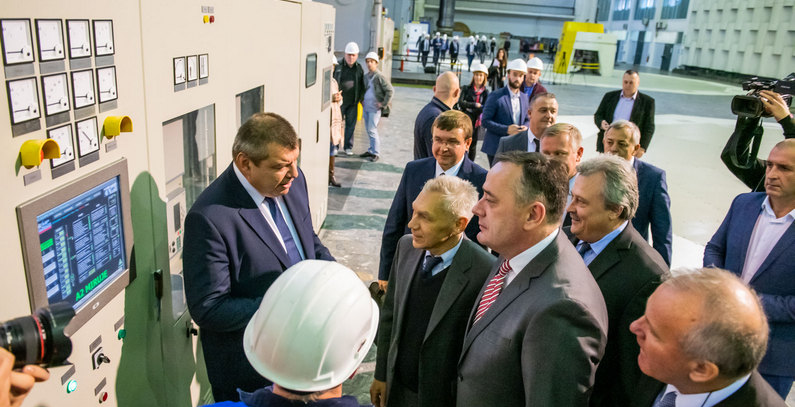 After the commissioning of the fifth overhauled unit, there is only one more unit left to be revitalized, and that job should begin next year, according to Milorad Grčić, acting general manager of EPS. The overhaul of HPP Đerdap 1’s generators is being performed by Russian company Siloviye Mashiny, which signed the 10th addendum to its agreement on the project with EPS in mid-2018.

Aleksandar Antić, Serbia’s mining and energy minister, said that the overhaul has extended the lifespan of the five units by another four decades, adding that HPP Đerdap 1 is of exceptional significance since it accounts for more than half of the output of the country’s hydropower sector.

In its 47 years of operation, HPP Đerdap 1 has produced some EUR 14 billion worth of electricity, while the annual output of a single unit is worth between EUR 40 million and EUR 50 million. Once the sixth generator is revitalized, the power plant’s total additional capacity for the production of clean energy will rise to 180 MW, according to a statement from EPS.

At the ceremony, Grčić announced a complete overhaul of all 10 units at HPP Đerdap 2, also in cooperation with Siloviye Mashiny, which will add a further 50 MW to EPS’ hydropower capacity, according to the statement.

An agreement with Siloviye Mashiny on the HPP Đerdap 2 revitalization was signed at the beginning of 2019. According to Minister Antić, the plan is to boost the capacity of HPP Đerdap 2, which has not been overhauled since it was built, from 270 MW to 320 MW, and extend its service life by 30 years.