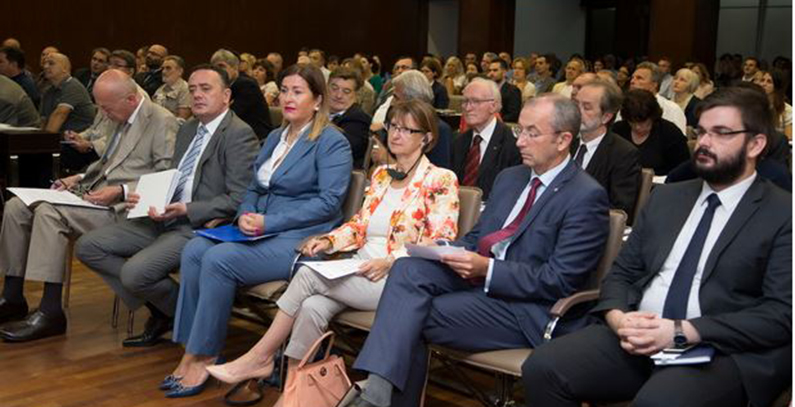 The Instrument for Pre-accession Assistance (IPA) will contribute EUR 1 million to the production of a climate change strategy with an action plan for Serbia in an 18-month project. The endeavour was presented yesterday in the Chamber of Commerce and Industry of Serbia (PKS), at a conference about climate change.

The Ministry of Agriculture and Environmental Protection will establish a framework in accordance with the country’s obligations and its accession to the European Union.

Michael Davenport, head of the Delegation of the European Union, reiterated the 28-member bloc has made a commitment to reduce the emission of greenhouse gases by 20% by 2020, with the long-term goal to reach 80% by 2050.

“Climate change is a global phenomenon we have to fight together. Adapting to climate change is far more expensive than mitigating consequences, therefore we have no time to lose,” he said. The EU official added the government should ratify the climate agreement signed in Paris last year, and stressed it was ratified by the United States and China, the biggest polluters.

Minister of mining and energy Aleksandar Antić said Serbia strongly supports the reduction of harmful gas emissions in manufacturing and that it wants more power to be produced from renewable resources, with improvement in energy efficiency.

The country has made a commitment that 27% of its energy will come from renewable resources by 2020, he said and underscored more than EUR 200 million has been invested in the past several years to slash emissions.

Serbia is ready to accept its international responsibilities in the fight against climate change and it already has plans in motion for the very complicated issue, said Stana Božović, state secretary in the ministry.

EU’s aid to the country in the environmental sector amounted to EUR 700 million from 2000 to 2016, with estimated future aid at EUR 42.5 million. From the funds secured so far, 39% were used for the recovery from floods and prevention of damage, while 38% went to protection of water and the supply in the segment, 12% for air quality, 8% for waste management, and 3% for legislation reform and the development of infrastructure.

The conference is a part of campaign  Delegation of the European Union launched  to mark this September as a green month with EU Info Centre, info points in Novi Sad and Niš and other partners. Activities include promotion of energy efficiency, through workshops, and of environmental protection, with fight against climate change.

The delegation underscored it provided more than EUR 700 million in nonrefundable aid to the country since the year 2000 for environmental protection and energy efficiency.