Fridges, washing machines, dishwashers, TV screens, and lighting should be easier to repair from April 2021 under the EU’s proposed new Ecodesign package strengthening the ‘right to repair’.

Under the proposed new ‘right to repair’ rules, spare parts for the five popular consumer products should be available for at least 7 to 10 years, while consumers should be informed on how to maintain and repair the appliances. 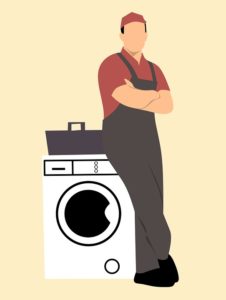 Environmental campaigners have welcomed the development, though warning that pressure from lobby groups has led the European Commission to water down the proposals on repairability in favor of recyclability.

“The agreement is a step in the right direction. From the US to Europe, people are demanding their right to repair the things they own because they’re tired of products that are designed to break prematurely. Enabling consumers to repair and reuse all electronic products is just common sense,” said Chloe Fayole of the European Environmental Citizens Organisation for Standardisation (ECOS).

According to reports, 18 US states are considering similar rules amid outrage over products impossible to repair or even deliberately slowed down, as Apple has admitted doing with older iPhones to prevent devices from shutting down due to ageing batteries.

Apple has since been forced to cut the cost of battery replacement, in what has hurt its new iPhone sales.

In a news release, the European Environmental Bureau (EEB) has released the following fact and figures that have driven changes to the Ecodesign rules:

Consumers have their say too in the EU. A 2014 Eurobarometer survey, cited earlier by the European Parliament (EP), shows that 77% of EU consumers would rather repair their goods than buy new ones, but ultimately have to replace or discard them because they are discouraged by the cost of repairs and the level of service provided.