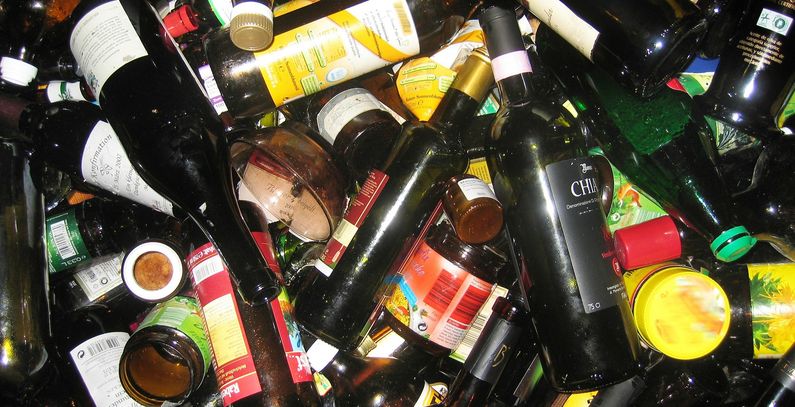 The recycling of glass has reached new, record levels across the European Union in 2014, according to data published by the European Container Glass Federation (FEVE).

The average rate of glass recycling in all 28 member countries of the European Union (EU) has reached a threshold of 74% for the first time. With 11.6 million tons collected across the bloc during 2014, it amounts to a rise of 3.5% compared to the previous year. Over 12 million tons of raw materials, that would be otherwise used to produce new glass, were saved in 2014.

An equivalent of 2.5% energy is saved for every 10% of the glass recycled in a furnace. Glass keeps its properties in the recycling process much like metals.

Most of the recycled glass ends up in making new packaging, as glass “stands alone as the most closed loop recycled food and drink packaging in the EU and in the world,” according to the FEVE press release.

In spite of that, around 26% of glass bottles and jars are still crowding landfills across the continent. While countries like Sweden, Belgium, Germany or Slovenia kept their lead in the recycling effort, Austria and Denmark saw a modest decrease in the activity. The United Kingdom achieved 67% recycling rate, down 1% from 2013. In Finland, the Czech Republic and the Netherlands, the downward trend is following in the steps of the shrinking consumption. Meanwhile, Bulgaria and Spain are enjoying a period of a steadily increasing activity in the recycling, trying to close a gap, which is more pronounced in the countries like Cyprus, Greece, Romania and Slovakia. The EU‘s target for 2020 is 60% of glass recycled every year.

There is a need for targeted investment in infrastructure and communication to citizens, even in countries with good practice in the field, according to Adeline Farrelly, secretary general of the FEVE.

“Glass is today the simplest and safest packaging recycling stream because glass is inert and keeps its inherent properties no matter how many times it‘s recycled. If properly collected, it can be infinitely recycled in a close loop,” explained Farrelly.

The industry would like to see more supporting legislation for the material which is safe for both human health and environment.

“The EU waste legislation currently under review in the circular economy package should incentivise permanent materials that can be infinitely recycled without losing their properties,” said Farrelly, and added: “As an industry, we would like to have more recycled glass, provided that it is of high quality and is economically viable.”