EPS is worth up to EUR 14 billion, shouldn’t be sold 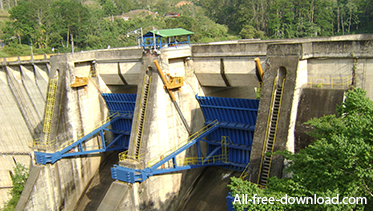 Branko Kovačević, chairman of the Supervisory Board of the Electric Power Industry of Serbia, told daily Politika the state-owned utility expects a possible capital addition. Asked about a recent dispute with Tony Verheijen, head of the World Bank in the Balkan country, he added the developments can point to the intention to sell the enterprise, but that he didn’t see any concrete initiatives.

Ljubinko Savić, energy secretary in the Chamber of Commerce and Industry of Serbia, said the latest estimates range between EUR 6.6 billion and EUR 14 billion.

EPS became a joint stock company on July 1 and its assets are being reviewed, Kovačević said and stressed he is sure it’s worth more than Telekom Srbija. The utility’s official underscored it is the heart of Serbian economy and that it mustn’t be sold.

If investors from China decide to construct a power plant fuelled by waste in Kovin, east of Belgrade, they will need to use EPS’s grid and distribution, which means a new partnership will be established, according to Kovačević. He said the capital addition would mean the investors would own 10% to 15%, while the government would keep the rest.

World Bank’s Verheijen noted in a blog earlier this month the cost of not reforming the utility is EUR 2 billion by 2019, according to a document approved a year ago by the Government of Serbia, while that the situation may have worsened in the meantime. “For an outsider such as me, EPS is a bewildering phenomenon. The company pays the highest salaries in the country, delivers mediocre services (at best), is unable to stop electricity theft that, by its own account, costs 0.2 percent of GDP, and is unwilling to invest in clean technologies, even if they are financed, on a concessional basis, by a major bilateral donor. Yet, all these facts tend to be overlooked in the ongoing discussion on EPS reform, and those interested in the status quo have successfully managed to focus public attention to the single issue of 1,000 net reduction in employment,” he said.

EPS replied the World Bank doesn’t take into account the new data which the company had provided. Prime minister Aleksandar Vučić said he trusts the international institution more than the utility.

Home » News » Electricity » EPS is worth up to EUR 14 billion, shouldn’t be sold