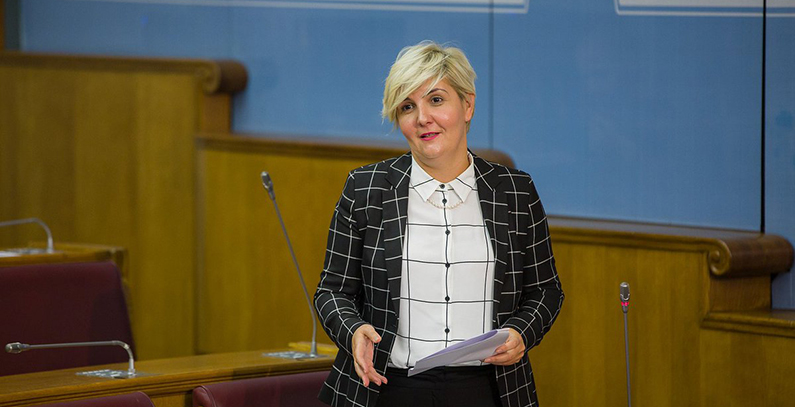 State power utility Elektroprivreda Crne Gore (EPCG) has so far paid EUR 103.65 million to repurchase shares from Italy’s A2A, while EUR 108.86 million has been set aside from Montenegro’s state budget for the same purpose, according to Dragica Sekulić, the economy minister, RTCG has reported.

The exit of Italy’s A2A from the ownership and management structures of EPCG on July 1, 2017 has brought numerous noticeable benefits, she said in the parliament, answering a question by Bogdan Fatić, an MP from the ranks of the ruling Democratic Party of Socialists (DPS).

“We have lowered the cost of the put option from EUR 250 million to EUR 230 million, regained control of EPCG in two years, instead of seven, and collected EUR 91 million in dividends based on our stake in the company,” she explained.

Sekulić recalled that the government originally negotiated A2A’s exit from EPCG for a total of EUR 250 million, with the possibility of payment in seven installments, starting on May 1, 2018.

In in subsequent negotiations, the price was lowered to EUR 230 million, to be paid in four semi-annual installments, she said, adding that two installments were to be paid by the state and the other two by EPCG.

In July 2017, the Italian company officially launched a procedure to sell out of EPCG, offering the Montenegrin government to repurchase shares for EUR 250 million.

In December 2017, the Montenegrin Economy Ministry announced that talks were underway with several potential investors or financial institutions with the aim of securing financial support for buying EPCG shares from A2A, but this plan was later abandoned.