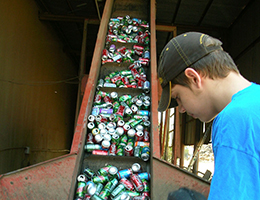 Seven environmental groups endorsed the draft 2016-2022 Waste Management Plan which the Ministry of Environment and Nature Protection presented for public hearing, according to a report by the Croatian Association for Energetics published on its portal Croenergo.eu.

According to the article, the non-governmental organizations emphasize how minister Slaven Dobrović quickly introduced a waste management plan which complies with all directives of the European Union and is focused on the introduction of the bloc’s circular economy concept and environmental standards.

They also pointed out the draft of waste management plan should bring the most benefits for the communities and companies engaged in recycling and recovery because Croatia is importing 180,000 tonnes of recycled plastic from the EU per year.