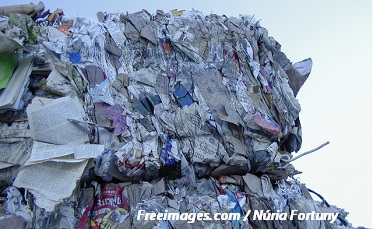 The European Commission is requesting Croatia to bring its national law into full conformity with European Union’s rules on waste.

The Waste Framework Directive (2008/98/EC) aims to minimize the negative effects of the generation and management of waste on human health and the environment, the press release said and added the aim is also to reduce the use of resources and focuses on prevention, reuse and recycling, thereby contributing to a more circular economy.

Croatia’s transposition had shortcomings so the EU’s executive arm sent the country’s authorities a letter of formal notice in October 2015, according to the statement. A number of non-conformities remain, such as provisions on the scope of the directive, requirements on waste management permits, the content of the waste management plan and waste prevention programme, and detailed rules on inspections. Croatia has two months to inform the European Commission of the measures taken to address the shortcomings; otherwise, the case may be referred to the Court of Justice of the EU.

The negative opinion of the European Commission on Croatia’s draft 2016-2022 Waste Management Plan, the programme for the prevention of waste and the action plans which the local administration sent to the European Union, caused an avalanche of reactions in the sector. Some of the experts are for and some against the plan the Ministry of Environmental and Nature Protection headed by minister Slaven Dobrović produced.

The ministry claims the plan, which rejects the building of regional centers for the separation and treatment of waste, must be adopted if Croatia wants to get EUR 475 million for environmental projects from the European Commission.

Waste management center operators complain and Aleksandra Anić Vučinić, president of the Croatian Association for Waste Management (HUGO), earlier said in an interview with Poslovni.hr the draft plan is not argumentative in any segment and that it is full of wrong information. She said the organization sent 20 pages of comments  to the ministry on why the proposal should be withdrawn.

Minister Dobrović’s plan is not based on scientific facts and has no feasibility study, Mladen Jozinović, head of the Group of Waste Management Centers at the Croatian Chamber of Commerce, has told Slobodna Dalmacija newspaper. He explained that, instead of having the facilities take care of most of the waste, the ministry introduces sorting centers – about 800 of them – in which the majority of waste is sorted before it comes to waste management centers, which in practice means that every household must compost waste.

But the ministry claims the plan, which rejects the building of regional centers for the separation and treatment of waste, must be adopted if Croatia wants to get EUR 475 million for environmental projects from the European Commission. The government has argued the previous system was bad as it relied on big centers for waste management. The concept brings citizens several times higher rates for removal of waste and does not allow Croatia to fulfill the 2020 European commitment to recycle 50% of paper, glass, metal and plastic, according to the ministry, which added this was a barrier to develop a circular economy and create jobs.

Minister Dobrović’s waste management plan has significant changes. It foresees the reduction of the capacity of waste management centers, which is unfavorable for some of the counties, especially for Istria and Primorje – Gorski Kotar, which have already built their facilities Kaštijun and Marišćina. Head of Split-Dalmatia County Zlatko Ževrnja criticized the minister, Slobodna Dalmacija newspaper’s portal said, reprimanding him for allegedly failing to sign documents that would allow obtaining a permit for construction of waste management center Lećevica. The regional official said it prevented the withdrawal of a HRK 400 million (EUR 53 million) grant from EU funds and EUR 26.7 million for the rehabilitation of Karepovac landfill in Split.

The process should begin anew, despite the fact waste management centers already invested millions, money from counties, the state, and the Environmental Protection Fund, warns Luka Burilović, president of the Croatian Chamber of Economy, stressing that over EUR 20 million was invested in the facilities.

The ministry said it wants the project for waste management center Lećevica to adapt to the new concept, and noted the rehabilitation of landfill Karepovac is a separate project and that its implementation isn’t questionable.