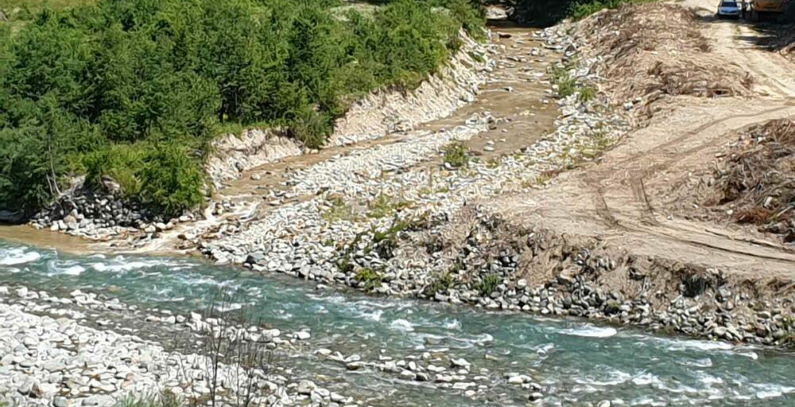 Activists in Montenegro informed UNESCO of the destruction of wildlife in the Tara, a world heritage site, and suggested construction material is being discharged into the river during the construction of small hydropower plants and a highway.

Most of Tara river’s flow through Montenegro has become muddy from thousands of tons of gravel, soil and waste that was released into the water stream in July during the construction of small hydropower plants and a highway, environmentalist coalition KOR claimed and said it filed a complaint with the United Nations Educational, Scientific and Cultural Organisation. The river’s canyon of 78 kilometers is protected as a UNESCO world heritage site.

The network of organizations, which promotes sustainable development, accused the government of ignoring “unprecedented ecocide” and warned of the destruction of fish population and other wildlife. KOR said it would inform the Delegation of the European Union to Montenegro.

Environmentalist organization Green Home stressed the Tara is protected on six levels and highlighted its significance as a natural habitat.

“The arrogant breach of rules on the Tara has crossed the line and the river is dying. Everyone who contributed to the situation as it is must be held responsible, which is why we ask for the works to be halted until the responsibility of the perpetrator and the damage are determined,” the statement adds.

The huchen is one of the most endangered species as different material has been discharged into the river for years, burying the most valuable habitat, and the riverbed has become shallower, Green Home said.

The rigorous plan of preserving the huchen hasn’t been implemented and UNESCO’s latest recommendations for measures to protect the environment from the construction of the motorway were ignored, it underscored and vowed to press for a case to be opened at the Standing Committee of the Bern Convention at the Council of Europe.

Environmentalist movement Ozon urged the inspection to find out what is happening and to act. The Tara converges with the Piva river at the border with Bosnia and Herzegovina to form the Drina.

The Ministry of Sustainable Development and Tourism said it told the inspection to urgently determine the facts.

UNESCO already expressed concern a year ago and the European Commission urged Montenegro to be stricter with regard to the impact of highway construction on the Tara. CRBC from China is the contractor.

The otherwise turquoise water has become muddied or white, environmentalists said and noted several complaints have been filed before. KOR claimed the destruction of the environment will make it impossible for the government to close chapter 27 of the accession negotiations with the European Union.

A group of rafters reportedly asked for their money back when they witnessed the pollution. Works on three small hydropower plants are underway upstream from Tara’s tributary Drcka.