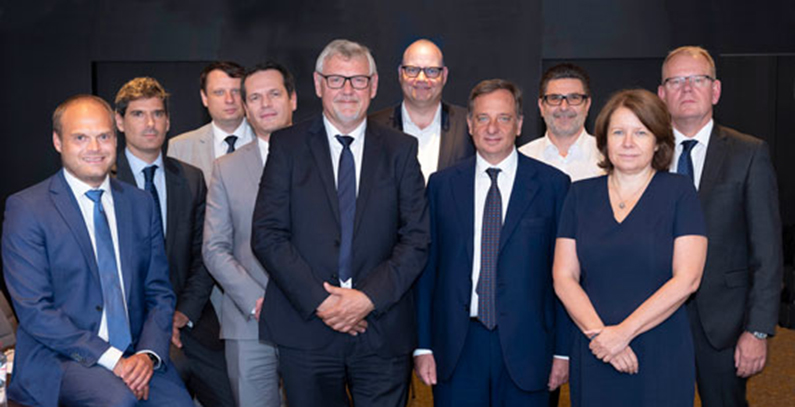 Laffaye is President of the ENTSO-E Assembly while the Vice-President is Zbynek Boldiš, member of the Board of Directors of ČEPS, the Czech transmission system operator, and the Chair of the ENTSO-E Board is Joachim Vanzetta, Director System Control of Amprion, one of the four German TSOs. The Vice-Chair of the Board will be elected in the first regular meeting of the new Board after summer, ENTSO-E said on its website.

The Chairs of the ENTSO-E Committees and of the Legal and Regulatory Group also came into office on June 28. Hakon Borgen, Executive Vice President of Technology & Development at Statnett SF, will chair the Research, Development and Innovation Committee, and Tahir Kapetanović, Head of Austrian Power Grid National Control Centre, the System Operations Committee.

The mandates of Ines de la Barreda, Head of Department of Cooperation with International Organizations in REE, Spanish TSO, Konrad Purchała, Director for European Integration Policy at PSE, Polish TSO, and Dimitrios Chaniotis, Senior Advisor to the Director of Power System Economics at RTE, were renewed respectively as Chair of the Legal and Regulatory Group, Chair of the Market Committee and Chair of the System Development Committee.

ENTSO-E’s mandates last two years and can be renewed once.