Energy transition – Incentives should be abandoned, renewables left to the market (part two)

The biggest problem with all energy policies, including the European Union’s (EU), is inconsistency, i.e. extracting one problem and tackling it individually. For the first time ever, the EU is initiating a unified climate-energy policy, with the drafting of member states’ national plans under way, which I believe will lead to a consistent policy. It remains to be seen how things will play out in the upcoming period, Goran Granić, director of Energy Institute Hrvoje Požar, writes in part two (part one) of his op-ed for Balkan Green Energy News.

Conclusion: more power plants must be built in the next 30 years then have been built over the past 100 years

The energy sector transition until 2050 is a process with no historical experience, which covers all participants in the technological chain of energy management, all citizens, and all economic entities. The transition entails multiple conflicting processes which, if integrated into a single climate-energy policy, will make it possible to achieve the set goals. The transition is a dynamic process that involves increasing the living standards and quality of life, which, in turn, means a greater demand for energy, but also the use of new and efficient technologies. The next 30 years must see the construction of more power generation facilities then have been built over the past 100 years.

The pre-transition period to date has enabled the development of technologies for harnessing wind and solar energy that have become commercially viable, while exposing the problems of the bio-sector as well as problems and limitations of administering the energy sector.

The backbone of future development will be an open energy market with no administrative obstacles or requirements. An emissions-free energy sector, i.e. a 100% emissions reduction, is the next task as part of activities to be carried out in the EU, and this requires a thorough research of opportunities, limitations, implementation times, costs, and impacts on prices.

Emissions-free energy production and use calls for replacing fossil fuels entirely, which is not possible to achieve with existing technologies

Emissions-free energy production and use is an ambitious goal as it requires replacing fossil fuels entirely, which is not possible to achieve with today’s technologies. On the path towards emissions-free energy, hydrogen should be considered as a possible fuel of the future, while the Carbon Capture and Storage (CCS) technology can also play a significant role in the transition. Despite the fact that results in exploring the use of the CCS technology so far have not been entirely satisfactory, it is realistic to expect that increasing emissions-credit prices will encourage a new stage of exploration and bring about satisfactory result both in terms of security and commercially, while paving the way for a long-term development of hydrogen-based sustainable global energy production.

Increasing energy efficiency is a key element of the energy sector transition, and it will be addressed through legislation, by defining construction standards and norms for infrastructural systems and energy facilities, as well as through the use of devices, by switching towards efficient technological solutions and by withdrawing from the market those devices that do not meet minimum standards. The greatest challenge is the energy refurbishment of buildings, which will require financial support and the engagement of significant construction industry capacities.

Another element is renewable energy, which will facilitate a transition from fossil fuels to electricity . An important component of the process is the use of a commercially viable technology and its utilization within an open market, with no financial interventions or requirements. 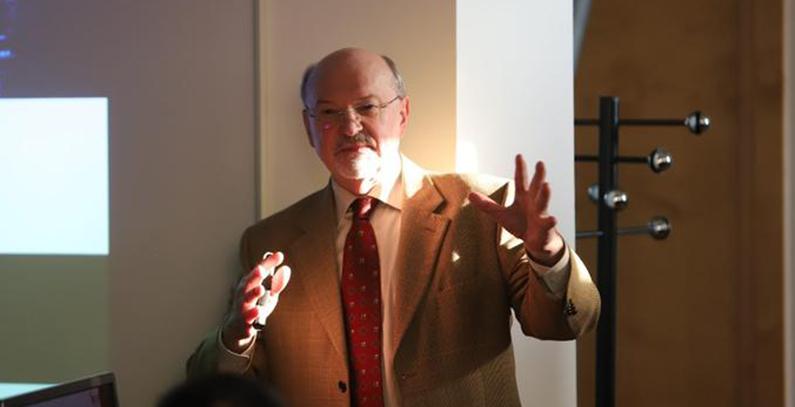 The possibility of using the bio-sector energy will also help implement the low-carbon strategy, but energy production within the bioeconomy is regarded as a support to the success of the bioeconomy rather than an autonomous energy sector or business activity. The situation is similar with waste-to-energy, where the possibility to produce energy from waste is utilized within the concept of sustainable waste management.

The energy sector transition is a great challenge for research, the development of new industries and entrepreneurship, and the digitalization of energy so it has a positive effect on social policy and society as a whole. The transition involves the development of energy infrastructure, stronger grid interconnections with all neighbors, regional cooperation, and the market.

The energy sector transition is cost-effective and will not result in higher costs within the household expenditure structure. The transition changes the nature of household costs, increasing investment expenditure, while reducing operational costs and spending on energy. Its benefits will be felt by households that carry out the energy refurbishment of buildings sooner. The proposed transition does not require funding from the budget, and it creates a great potential for economic development and an increase in budget revenues.

The energy transition will require the harmonization of the tax system with the emissions-pricing policy in order to distribute the burden equally among all fossil fuel users and alleviate the impact of increased prices on all energy consumers.

The energy sector transition calls for strong political will to introduce economic, market principles in the energy sector. Another important step is managing the process through taxes and carbon prices as the sole economic instruments to achieve transition goals, and abandoning all other charges and interventions on the energy market. It  is necessary to abolish incentives for renewable energy and leave it to the market, while financial intervention (support) should be provided only on the investment side and only in the segments of biofuels and research and development. It is necessary to harmonize the tax policy with a new carbon tax or carbon pricing policy.

Countries with a large share of electricity production from coal will need to develop separate scenarios of managing the process and ask for financial support from the EU. In the next year or two, it should be expected that Europe’s emissions-free climate-energy policy until 2050 will take shape.

I remember Mr. Granić saying almost 10 years ago that CO2 reduction should be the only criterion of the European Commission to meet climate targets i.e. the technology that reduces the most CO2 should be prefered (in that case Europe would only have onshore wind reaching cost-effective prices, while now we have also solar PV and offshore wind as well).

He was wrong then, he is wrong again now.

Mr. Granić it seems didn’t consult with bankers of large renewable energy projects. When you have a 100 MW wind project you would have 20% of the financing cost from equity and the rest you would try to get financed from banks. The remaining 80% of the cost will not be covered if there is no security of revenue as the future of wholesale prices is uncertain and bankers don’t like uncertainty.

The future isn’t in subsidy-free projects but in 2-sided contracts for difference (CfD) where generators would pay the government back if the wholesale price is above the clearing price of an auction. This offers revenue stability that is needed for project financing while reducing costs to society.

Of course, another alternative could be corporate PPAs that provide the same effects as CfDs.