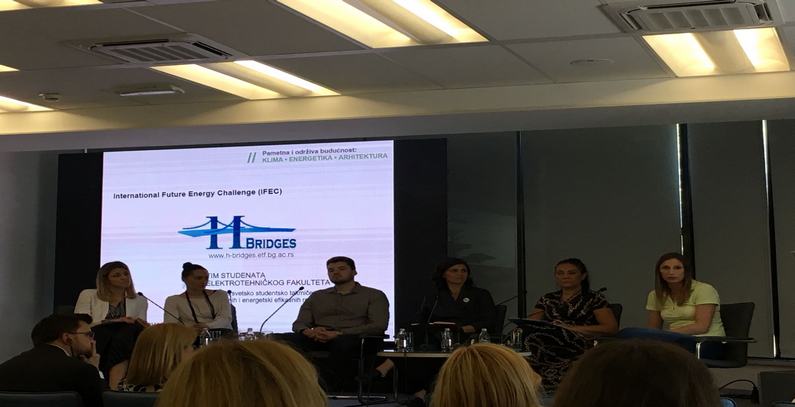 Serbian Minister of Mining and Energy Aleksandar Antić has met with a delegation of a team of students from the University of Belgrade School of Electrical Engineering (ETF) competing in the International Future Energy Challenge (IFEC), pledging his personal support for the team to take part in the final of the world’s largest student competition in the area of innovative and energy efficiency solutions.

“I wish to support innovative ideas of young people in Serbia and help realize them, as this is how they will contribute to the development of the entire community. The Government of the Republic of Serbia is making utmost efforts to keep our young people in the country and create conditions for their successful work and secure future. Serbia is their state and it is the place where they should create and contribute to the social and economic development,” Antić said.

The team earlier invited companies to help them raise funds to travel to Beijing, where the final will be held from July 18 to 22. The final will pit the ETF students, which are competing with a device that can be used in the energy storage systems, against nine other teams.

The H-Bridges team of students from different ETF departments started developing the device for the competition in May 2017. Additional information about the team and the competition is available at the project website.

The University of Belgrade and the Cologne University of Applied Sciences are the only European universities to have passed the semifinal, held in San Antonio, the U.S. from March 4 to 8.

ETF teams have successfully competed in IFEC twice, winning first place in the final in Chicago in 2005 and third place in Beijing in 2016.