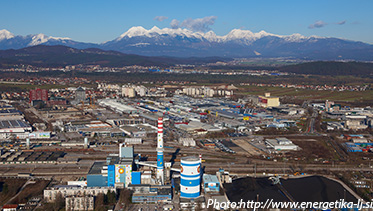 After reorganization was completed following the integration with Slovenia’s biggest highly efficient cogeneration facility TE-TOL in 2014, Energetika Ljubljana announced the addition of electricity in its retail portfolio. The company said it introduced the concept of complete energy supply for its customers, stressing it strives for environmentally responsible and efficient operations in urban areas, citing improvement in air quality in the country’s capital.

Energetika’s chief executive Samo Lozej stressed the results in rationalization and addition of value per employee in the last two years. The cost of own power, mostly generated by TE-TOL, is too big, but if it wasn’t sold the price of heating would be higher by at least one quarter, he added and underscored electricity is purchased in the market. The company’s officials said the 120,000 households and business customers in Ljubljana benefit from the upgrade in services and that methane fuel distribution network is developing. The introduction of electricity supply in the business segment is planned for later, they said. This year’s offer of incentives for energy efficiency are set at EUR 250,000.

The enterprise reported earnings of EUR 130 million and profit of EUR 5 million for last year. Long-term liabilities were lowered from EUR 28 million to EUR 15 million. TE-TOL, district heating and thermal power plant, burns lignite and woody biomass and meets 3% of domestic electricity demand, making it the seventh-largest producer in the segment. Last year the company purchased 105,000 tonnes of biomass and the suppliers from Croatia usually win at the tender.