E-scooters on the rise in Serbia: 35,000 sold within months in Belgrade alone 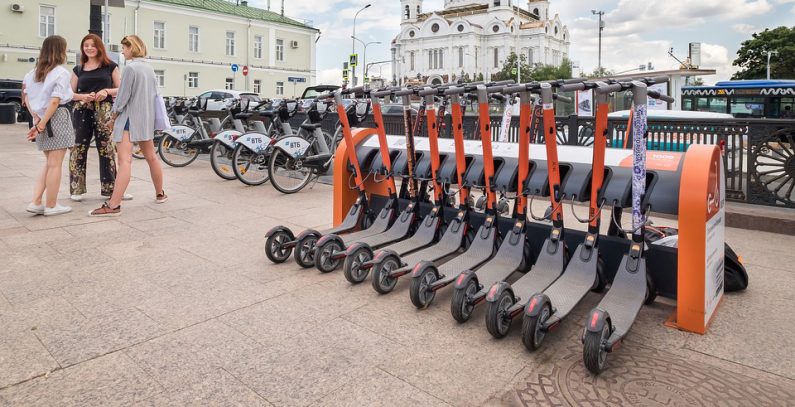 Electric scooters seem to have flooded streets in Serbia. In Belgrade alone, 35,000 e-scooters have been sold in a matter of months, public service broadcaster RTS reported.

According to experts contacted by the broadcaster, the environmentally friendly mode of transportation should not be banned, but rules for the operation of e-scooters need to be introduced.

“First we need to introduce comprehensive regulations to clearly define who and under what conditions can operate electric scooters, as well as requirements that e-scooters must meet,” said Milan Vujanić of the Traffic Safety Committee, adding that the key issue that should be regulated is where and at what time of the day e-scooters should be allowed.

Other important issues include protective gear and signaling. Under the current law, cyclists are required to wear a light-colored vest and a helmet, while e-scooters may be used without any protective gear or signals, the broadcaster wrote.

Another matter that needs to be regulated is the responsible party in e-scooter accidents and the compensation of damage.

Even though no major e-scooter accidents have been registered in Serbia so far, this form of micromobility needs to be regulated in order to improve the safety of both e-scooter users and other traffic participants, according to experts.

A Novi Sad resident has launched a petition to change the law and ban underage e-scooter riding over a bad experience she had while cycling with her daughter, N1 reported.

There are currently no restrictions in Serbia as to who can ride electric scooters, which develop speeds of 15 kph to 40 kph, and where.

A number of European countries have imposed such restrictions. Paris, for example, has limited the number of scooters on its streets. Belgium allows parking e-scooters in strictly designated spaces, while Germany and the Netherlands have tightened the maximum speed and age rules.

Changes to Serbia’s traffic law are being drafted to regulate the matter, and the Road Traffic Safety Agency has announced the start of implementation for 2020. For now, the agency has issued certain recommendations, including not to exceed the walking speed when riding an electric scooter on a sidewalk.

Speeds of over 6 kph are recommended only on dedicated cycling lanes.