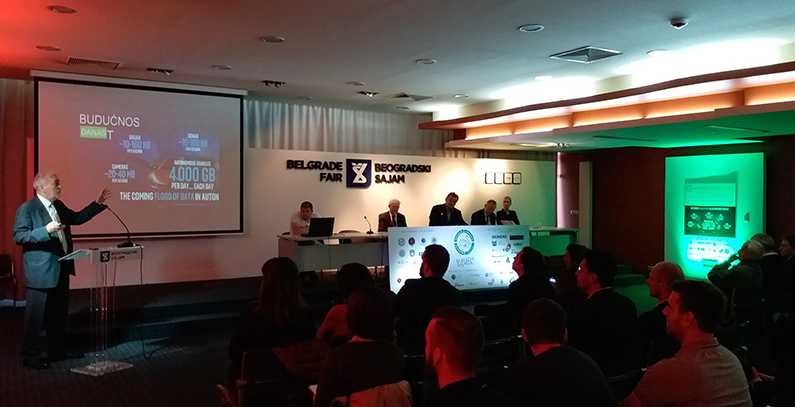 The working group will be established very soon to prepare regulations for the development of infrastructure for electric and autonomous vehicles, so that Serbia can catch up with the most developed countries, Mihailo Jovanović, director of the government’s Office for Information Technologies and e-Government, said during the forum held as part of the 14th International Fair of Energy and the 15th International Trade Fair for Environmental Protection EcoFair.

According to Jovanović, digitalization is one of the priorities of the Ana Brnabić cabinet, and the development of e-mobility fits in.

This matter is in the purview of several ministries – for infrastructure, environmental protection, energy, and education and science, and as such has to be coordinated at the governmental level, he said.

The first move is to support this idea, and the second is to establish the working group, according to Mihajlović.

Ivan Vulović, chairman of the Board of Directors of the National Association of Electric Vehicles (NAEV), said that EV and autonomous cars will become reality, with or without Serbia.

Serbia has experts to become part of this trend on an equal footing with other, more advanced countries. “All these experts need is to get an initial incentive, and they will do the rest,” he said.

As the most important among the 10 proposals submitted to the Government of Serbia, he noted the establishment of e-mobility authorities, tax incentives as a potential driver of employment, and even tax and legal treatment for plug-in hybrid electric vehicles (PHEV), battery electric vehicle (BEV), and fuel cell vehicles (FCEV)

If e-mobility plans become reality by 2025, Serbia could get 16,000 new jobs and EUR 1.4 billion in added value, Vulović said, adding that the lack of subsidies for EVs is a huge obstacle to increasing their number.

EPS is ready, the distribution network is not a limitation for EV development

According to Aleksandar Jakovljević, head of strategy at power utility Elektroprivreda Srbije (EPS), the existing distribution network is not a barrier to the development of e-mobility in Serbia, as connecting EV chargers and prosumers to the network would not be an issue.

EPS wants to be proactive and be a reliable supplier of not only infrastructure, but also electricity for EVs, he said.

He sees this as an opportunity for EPS to provide new services and to get new customers.

Jakovljević said that EPS’s calculations show that the replacement of 5% of the existing car fleet in Serbia with EVs would increase final consumption by 1.5%, while the peak load would be by 350 MW higher if all EVs were charged at the same time.