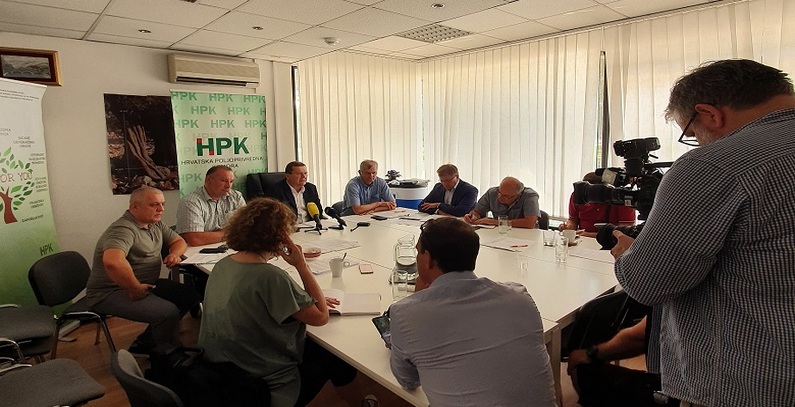 The Croatian Chamber of Agriculture (HPK) has urged the Croatian Energy Market Operator (HROTE) to scrap its public call for the award of premiums and guaranteed purchase prices for electricity from renewable sources, citing unclear criteria for the agriculture sector and the favoring of importers who import “suspicious waste” for the production of electricity.

In late July, HROTE announced the first public call for an auction for premiums and guaranteed purchase prices for renewables. The public call refers to solar power plants (50 MW), small hydropower plants (9 MW), as well as biogas (15 MW) and biomass (14 MW) power plants with a total capacity of 88 MW, according to earlier reports.

HPK wants the Ministry of Economy and Sustainable Development and HROTE to include a selection criteria that would require applicants to prove they are using between 40% and 70% of biomass from their own production, according to the chamber’s website.

The chamber also wants that priority in awarding the quotas for solar power plants be given to owners of existing facilities, as well as those who can prove they have a larger share of capacity from their own agricultural production.

This, according to HPK, would help increase the competitiveness of domestic production, reduce imports, lower risks through revenue diversification, and attract larger numbers of young people and create new jobs in rural areas. Also, according to the chamber, this would contribute to achieving the goals set by national and EU regulations.

Given that the new proposal of Croatia’s national agricultural strategy aims to increase production from renewable energy sources by 15% and to boost output in the livestock sector by 35%, HPK believes that this public call is sending the wrong message and failing to seize the opportunity to encourage rural development and create jobs, while also preventing farmers from taking advantage of climate change mitigation and adaptation measures.