Croatia has met 2020 energy targets, has a potential to become SEE energy hub 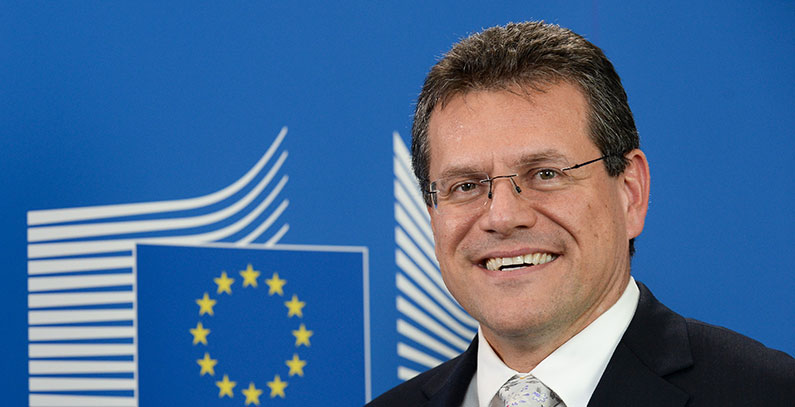 Croatia has a potential to become an energy hub for Southeast Europe, given its hydropower potential and abundance of solar and wind energy that is not exploited yet enough, said European Commission (EC) Vice-President for the Energy Union Maroš Šefčovič while visiting Croatia.

The Commission Vice President explained that Croatia has the potential but if the country wants to become an energy hub for Southeast Europe, it has to implement all market rules and create new interconnections with member states and neighboring countries in Southeast Europe in order to improve security of supply and facilitate electricity and gas trade, Croatian media quoted Ševčovič.

Šefčovič visited Croatia at the end of January. It was a part of the second Energy Union Tour with the goal to discuss preparation of national energy and climate plan for 2021-2030 period as well as the development of Croatia’s internal energy market, and its role in regional energy cooperation.

At the conference The New Croatian Energy Strategy held in Zagreb, The Commission Vice President said that with 28 percent energy coming from renewable sources Croatia has achieved its 2020 targets when it comes to renewable and energy efficiency.

Šefčovič emphasized that however positive these results are, Croatia must continue with efforts in that direction particularly now when economic growth has got a momentum and renewable costs have been falling. That is important in order to achieve Paris Accord’s objectives, he told Jutarnji list and added that during the fourth industrial revolution, he encourages Croatia and all other EU members to invest in national energy and climate goals by 2030.

Šefčovič also mentioned the geographic position as an additional advantage of Croatia in trading renewable across the borders and said that the Commission Initiative on Central and South-Eastern European Energy Connectivity (CESEC) is a perfect example of cooperation that should be used in that direction.

The CESEC Initiative was launched in 2015 to enable safer gas supply in member states in Central and South East Europe, and, including 9 EU Member States and 8 Energy Community contracting parties, was further expanded to include electricity, energy efficiency and renewable energies.