City of Belgrade signs contract with IFC for advisory services 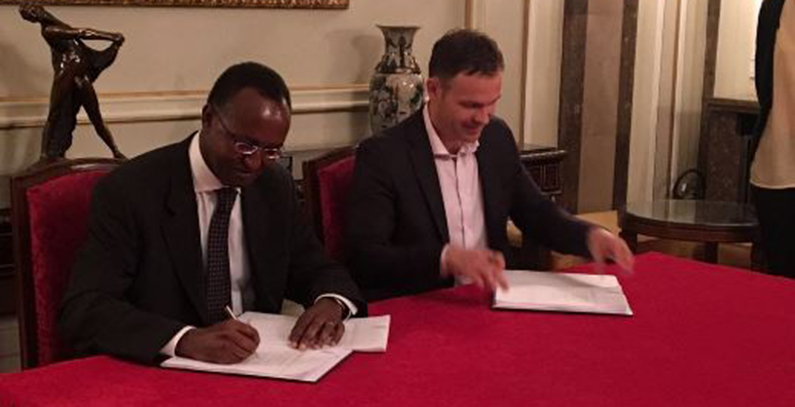 International Finance Corporation (IFC) will assist the City of Belgrade in the structuring and implementation of a private–public partnership (PPP) in waste treatment and waste disposal services. Mayor Siniša Mali signed the contract with Emmanuel Nyirinkindi, manager in the PPP Transaction Advisory Services Department of the international creditor, the local government’s portal reported.

The city chief stressed the authority has excellent cooperation with IFC on the project for PPP in Vinča landfill and expressed his beliefs that cooperation will be continued on project for wastewater, and hope to expand it in the future in the field of district heating with the use of solar energy.

“The City of Belgrade currently has no facility for processing wastewater and all wastewater is discharged into the Sava and the Danube, which is unacceptable for the European capital we want to create. With the realization of PPP projects for the landfill in Vinča and the facilities for processing wastewater the City of Belgrade alone meets 70% of the national targets under Chapter 27 about environmental protection. Belgrade rivers will be cleaner and every household in the city will be connected to sewage system,” Mali said.

The contract stipulates that the tender for PPP for the wastewater processing facility will be announced early next year. It will be the largest of its type in the region, located in the community of Veliko Selo in the east of city territory. The financial structure for the construction of sewage system should be complete by the end of next year.

Siniša Mali said the city government will realize the biggest capital projects such as construction of bridges and tunnels, and that for the purpose the advisory and financial assistance is necessary, not just by IFC but also other institutional investors.

A visit to Belgrade by a high delegation of IFC is expected in early June, when the leaders of the city will present further opportunities for improving energy efficiency and financing of major infrastructure projects, the article said.