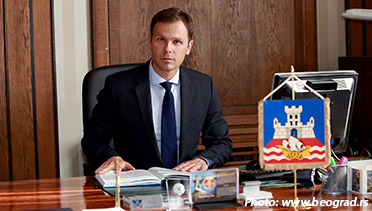 Offers for the selection of an operator for the Vinča landfill as part of a public-private partnership (PPP) have been opened in the City Council building of Belgrade, and mayor Siniša Mali said there were eleven bidders.

„I am very satisfied with the response by investors, confirming that this is currently the biggest project of its kind in Europe. The City of Belgrade is exceptionally dedicated to the resolution of the problem of the landfill in Vinča, lasting several decades, as well as to attract investment in infrastructure through PPP,” he stated.

Mali underscored a commission would rank the offers within 25 days, after which a second phase of the process will start for qualified bidders, and in the following months another invitation will be placed. „Depending on the number of qualified offerers, we expect the contract to be signed in the second half of next year,” the mayor said.

Goran Vesić, the city manager, had said on April 1 that the company that will manage the landfill would be selected by the end of the year.

The endeavour involves construction, operation and maintenance of a municipal waste treatment facility. The plan foresees the construction of a mechanical biological treatment (MBT) plant with refuse-derived fuel (RDF) production, coupled with an RDF-fired CHP plant.