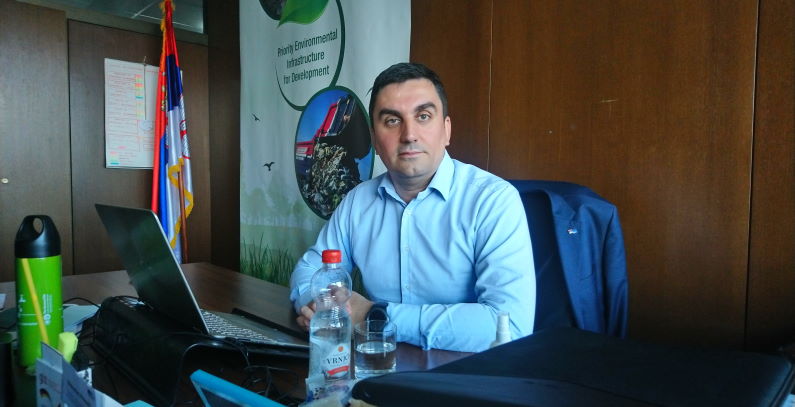 Serbia is the first country in the Western Balkans to produce the Roadmap for Circular Economy. The Ministry of Environmental Protection said its purpose is dialogue between decision makers and the representatives of the industry, the academic community and civil society. Circular economy is the idea of a comprehensive transition to activities which both contribute to the environment and strengthen competitiveness.

Slobodan Perović, Interim Assistant Minister for strategic planning and projects, led the creation of the document together with Aleksandra Vučinić, Head of the Group for Circular and Green Economy. He told Balkan Green Energy News that the stance toward waste and resources has been changing radically. In Perović’s view, industrial design and energy are about to be transformed together with other sectors and the new generations must be ready for it.

The roadmap was issued within a project implemented by the United Nations Development Programme (UNDP). More than thirty people participated in its creation.

Which countries have developed circular economy the most and what are their advantages?

Slovenia is the most successful country of the region. Several years ago it produced a roadmap, followed by a platform for business, local authorities and think tanks active in the field. The experience seemed applicable, especially with regard to our joint history. We followed the experiences there in waste management and took up pilot solutions. The Finns are the pioneers and went the furthest in the process, though there are individual examples on all continents.

The biggest progress was usually made with what fitted national economies the best. The Netherlands and Denmark are in the lead in wastewater management while Germany is the best in reusing commodities.

The common thread is that they started working from the top down, from a wider concept into implementation in lower levels.

What pace do you envisage for the transition to circular economy and when will we feel the results?

The roadmap doesn’t provide definitive solutions. They are rather propositions how to make the workflow for a gradual introduction of a circular economy. Next up is a program with an action plan for the next three years, a public policy document in line with the Law on Planning System. In the umbrella program for economic reform, circular economy is one of the 20 main interventions and it has been included in the dialogue with the European Union.

We expect the first results in four to five years, as other entities are gradually fitting the goals with their plans. They will become visible for citizens with the waste management strategy. It is setting the way for reducing waste generation in phases, just like for the utilization of biodegradable, plastic and other materials that can be useful.

This way the volume of waste should be cut by a third and the capacities for secondary separation in landfills will be enhanced.

Which stakeholders in the process do you refer to in the document?

Without a wide horizontal cohesion between all the factors in society, the transition to a circular economy wouldn’t work. A new way of planning and the repeated use of resources and development and production plans should pervade the industrial cycle.

The traditional partners are those in the recycling segment together with waste management enterprises. There is an important role in the first phase also for the informal sector of collection and it is a serious market niche for the establishment of social enterprises. The activity needs backing so that it would be legalized and based on sustainable principles.

Is this the social component that you mention within a three-factor system together with the economic and environmental dimension?

It is the first that is visible and probably the most important one. The other is the opening of a great opportunity for revitalizing traditional trades. I am referring to crafts for repairing old items.

Industrial design is bound to undergo changes. In countries like Finland, Sweden and Slovenia we see that, due to stimulus or awareness, people tend to repair stuff, share or give it away. All three activities underpin social interaction and people will depend on one another more.

In Sweden you can get a voucher for repair and, in combination with the expenses to transport a device or a piece of furniture dozens of kilometers to a recycling center, you will think twice before you dispose of them.

Slovenia stimulates reusing waste or separating raw material. Big producers benefit from making biogas or other forms of energy from byproducts. There is already a secondary commodity market there. On top of it all, Slovenia implemented blockchain technology to its information system so every product can be tracked from the point of entry into the market all the way to disposal and the transformation into raw material.

As for industrial design, it is evident that devices, just like with other goods and even cars, are lately being produced so that they are functional only until the warranty expiration date. And they make them in such a way that it doesn’t pay for the user to fix them.

It is indeed the loudest argument of those that claim circular economy collides with industrial growth.

The change will come when the world’s biggest manufacturing power, China, begins to apply the aforementioned principles. Until then, consumers will be choosing between purchases of quality merchandise, which is repairable, and that which has a programmed lifespan.

On the one hand, there is a tendency in industrial design to reduce mass production, by improving quality and usability and, finally, having the possibility to repair. Another aspiration is to be able to separate the item into valuable components as easily and as cheaply as possible. So that it can be used for something else.

For now the garbage dumps, and I intentionally didn’t say landfills, are being filled with the said devices and recyclers can only utilize one part of them, while the rest can only be incinerated.

Do you expect an impact on employment and the general economy in the first phase?

Green business creates jobs in principle. However, the first step is to establish tariffs for solid waste management. Some effects are always felt in the beginning, but circular economy is not introduced overnight and there is time to diversify the economy toward new activities.

I actually expect something completely different. We will add value to the final product by including domestic material. We are highly import dependent and the deficit rises when we buy cheaper things that we can’t process, so we have to throw them away.

No country has completely transitioned to circular economy yet, but we know it comes in parallel with energy and social transition. Biomass, biogas, wind power plants and solar energy match the concept. They reduce import dependence and increase energy independence.

What are the biggest obstacles in the process in the world and which are specific to Serbia?

In the wake of the coronavirus pandemic, the efforts to abolish single use packaging were pushed several steps back. Add vast amounts of facemasks and gloves to that. The lack of financial instruments and subsidies is evident as is the economy’s traditional inertia, especially in cases where a change in the process leads to a rise in the prices of products and services. None of the three factors are unsolvable. 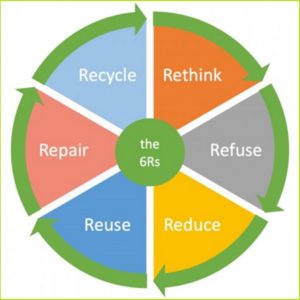 What kind of role do individuals have and what are the experiences with raising awareness when it comes to circular economy?

For this to become reality, acting from the bottom up is the most important. The educational system and families are the first and basic step. Workshops should be organized in schools and they need cans for different waste and compost facilities in their yards. To prepare children for a world where circular economy is the basic principle.

The economy is irreversibly changing, like the world was transformed after the Berlin Wall was taken down. The support to the technological revolution is important, but the negative impact on nature must be eased while the national economy must be made more resilient to global trade friction and other crises.

There is controversy regarding the incineration of waste. In the most advanced scenario, how much won’t be useful in any other way but energy production?

There is always such waste. In the Nordic countries they still burn waste, for instance the potentially contaminated material from the secondary separation. Large quantities of biowaste end up in mixed communal waste even after all the campaigns for separation. It can’t be used for composting because toxic matter may enter the food chain.

The umbrella European Waste Framework Directive is changed every year so that the volume sent to landfills must be reduced and the rules stipulate an increase in recycling, but in a way so that the quantity of the material used to produce energy isn’t increased. We have to plan not five but ten and fifteen years in advance so that we wouldn’t be forced at some point to import waste, like Sweden is now sourcing it from Norway.

How much readiness have banks and other financing institutions shown for supporting the transition?

International financial institutions – IFIs have focused on the transition to renewable sources and energy efficiency, which is a fit with circular economy. But without elements of stimulation, the process won’t be profitable, at least not in the beginning. The state must developed such an environment on its own without the banks, for instance the deposit system for packaging.