Buy, drink, return to the shop – deposit systems for single use beverage containers 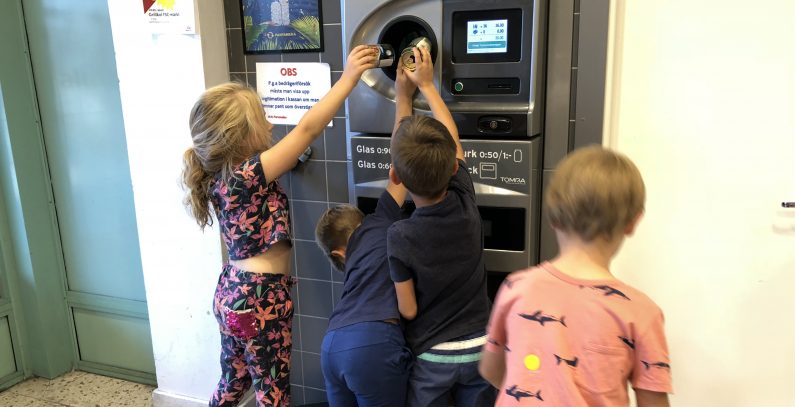 Deposit refund systems are a proven waste collection method that guarantees high material recycling rates, which is why they are recommended in strategic documents of many international organizations. A deposit refund system is mentioned in the Marine Litter Action Plan, adopted by Helcom in 2015 and confirmed in the Declaration on the Protection of the Baltic Sea signed on March 6 by European Commissioner Karmenu Vella and ministers of nine Baltic states.

A deposit system is also recommended in the European Community legislation as an important tool enabling reuse of packaging and litter reduction (adopted Directive on Packaging and Packaging Waste and the Waste Framework Directive as well as upcoming Single Use Plastic Directive).

Moreover, the deposit model has been given support by the United Nations, which on December 6 adopted a resolution on marine litter and microplastics. The resolution called for measures to “prevent and significantly reduce marine pollution”. The document proposes introduction of “deposit schemes for beverage containers to reduce plastic waste that has negative effects on marine biodiversity”.

10 European countries have a deposit refund system for beverage containers: Sweden (since 1984), Iceland (since 1989), Germany (since 2003), Finland (since 1996), Norway (since 1999), Denmark (since 2002), the Netherlands (since 2005), Estonia (since 2005), Croatia (since 2006) and Lithuania, where the system was introduced in 2016 and resulted with 92% collection rate in the second year of the operation! A clear interest from the governments of the remaining European countries can be observed: a deposit return scheme for beverage packaging waste will be introduced by Scotland (decision of September 5, 2017), and England (upon decision from March this year).

Introduction of a deposit refund system for beverage containers in Lithuania back in 2016 resulted with 92% collection rate in the second year of the operation.

This is hardly surprising – deposit refund systems for beverage containers are characterized by high collection rates and ensure efficient material recycling. The circular economy concept and the growing awareness with respect to littering of the natural environment are undoubtedly an important incentive for governments to implement proven waste management models.

Benefits of the deposit refund system

Beverage packaging waste management without a deposit system does not provide an incentive to maximize collection rates. A deposit refund system naturally brings the collection rates closer to 100% (by offering residents the possibility to redeem the deposit). Savings in CO2 emissions associated with transport between residents and recyclers are also important. Transport in a deposit refund system guarantees a nearly two-and-a-half times lower carbon footprint than municipal waste collection (the results of an expert study by an independent consulting company, provided by the Norwegian deposit system operator – Infinitum). Deposit refund scheme provides for high volumes of good quality material and therefore secures high degree material recycling.

Costs of a deposit refund system

The collection of beverage containers in countries that do not operate a deposit refund system is financed by local governments, which should be (but often are not) compensated by producers and importers for all expenses related to the collection of containers from households, transport to the municipal sorting plant and then to a recycler. In a deposit refund system, all costs are borne directly and exclusively by producers and importers, and financial flows are transparent and easily verifiable. 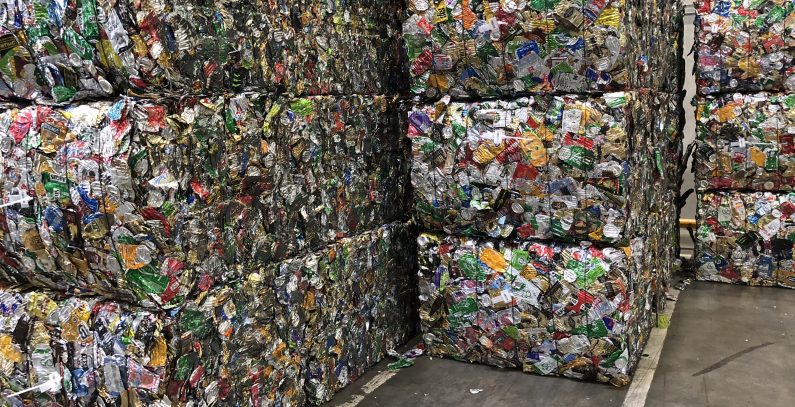 Deposit refund systems are a proven way to achieve high collection rates of beverage containers. However, in countries where the introduction of the deposit model is planned, questions arise as to the economic consequences. Here, a distinction should be made between the concepts of centralised and decentralised deposit refund systems. The German system, despite an almost 100% collection rate (97% for 2014), should not be a benchmark for governments considering the implementation of a deposit for beverage containers. The decentralised clearing model applied there, with subsystems for each retail chain reporting separately to each producer, is complicated and highly cost-ineffective due to the fact that retail chains keep the unredeemed deposit fee as well as the collected material.

The Norwegian deposit refund system, which has been voluntarily initiated by producers and importers motivated by the government’s threat of having to pay high fees, can certainly serve as a model. The higher the collection rate, the lower the amount of the so-called environmental fee. Therefore, producers and importers themselves chose the most efficient collection solution via centralized deposit return scheme and have had a direct interest in maintaining a cost-efficient framework that guarantees the highest possible collection rate. The system operator (Infinitum), whose main shareholders are producers, importers and retail chains, operates on a non-profit basis and covers the costs from three sources: unclaimed deposits, sales of raw materials (of which it is the sole owner) and administrative fees paid by entities placing beverages on the market. The current administrative cost, and therefore the real cost incurred by producers and importers (data as of this year), is as follows: 0 NOK (SIC!) for each aluminium can placed on the market and 0.18 NOK for a PET bottle. The cost of participation in the system amounts to several thousand crowns and is paid once. It is worth mentioning that the Kingdom of Norway, even though it is not a member state of the European Community, has assumed all the obligations concerning environmental protection, including waste recovery and recycling rates.

Opponents of deposit refund systems often raise the argument of their negative impact on local governments’ revenues, due to the fact that valuable packaging fractions are no longer delivered to municipal waste management systems. Reloop has reviewed more than twenty documents analysing the impact of the introduction or extension of a deposit on local governments. These studies, although developed by different entities in different parts of the world, have demonstrated significant net savings related to reduced littering, as well as lower costs of transport and maintenance of municipal collection points. For example, in the study entitled “Implementing a Deposit Refund Scheme in the UK” (2010), net savings of GBP 159 million a year (GBP 2,443 per 1,000 inhabitants) were calculated.

It should be noted that thanks to deposit refund systems, the circular economy postulates have been implemented for decades already. The proven high collection rates ensure that homogeneous raw material streams are transferred for efficient material recycling. In the context of the circular economy and sustainable raw material management, Norway can once again be taken as a model. Since the beginning of its existence, the Norwegian organization for the recovery of beverage containers (Infinitum) has attached great importance to eco-design. Producers and importers can market only such beverage containers which ensure maximum material recycling and do not contain hazardous substances. Therefore, the following are prohibited in Norway: thermosetting PS fractions, PVC and metals (on caps); PVC, metal and silicone on the seal; PVC, PET, OPS labels; and the use of printing ink containing heavy metals. Thanks to this, the final material recycling rate of Norwegian beverage containers covered by the deposit refund system amounts to 95% (% of the input material after the material recycling processes – Infinitum data). In contrast, the material recycling rate of single-use beverage containers that are not covered by the deposit system is 25% (out of 100% placed on the market – Norwegian Green dot data available at www.grontpunkt.no).