Photo: Ministry of Energy of Bulgaria 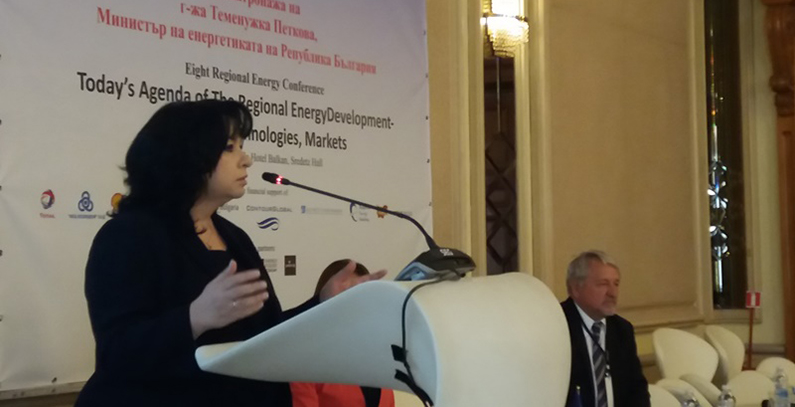 Households in Bulgaria will get the right to choose the electricity supplier but not before 2020, Bulgaria’s Energy Minister Temenuzhka Petkova said, local media reported.

The electricity market liberalization for households and small consumers was scheduled to happen a year ago. She said that the process has started, but that it will be finished in 2020.

Possibly from the next regulatory period, Bulgaria will move towards full liberalization of the electricity market by introducing market prices for small portions of the consumers, Petkova said.

According to Bulgaria’s energy minister, the introduction of market conditions for households will not lead to an increase in prices.

According to a national report produced for the Energise project, Bulgaria remains one of the last countries in the EU without a fully liberalized market. In 2018, there were still two types of electricity prices in use: flexible prices on the liberalized market and fixed prices on the regulated market, which are determined by the Energy and Water Regulatory Commission.

In theory, all Bulgarian companies and households have the right to purchase electricity from the liberalized market, but in reality, it is very difficult for consumers to buy electricity on the free market. The incentives to do so are also quite limited, as the prices on the regulated market are lower. Full market liberalization remains a hot social and political issue, as the retail market and end-user price deregulation would not only increase suppliers’ competition and give consumers greater choice but could also lead to greater price volatility, possibly provoking protests and strikes against a price increase, the report reads.

The electricity market in Bulgaria is undergoing certain major changes, including the introduction of new rules for renewable energy producers, the abolition of the electricity export tariff, and market coupling projects, which will also affect the Independent Bulgarian Energy Exchange (IBEX).