Bulgaria: the drive for full liberalization of the energy market and the upcoming changes 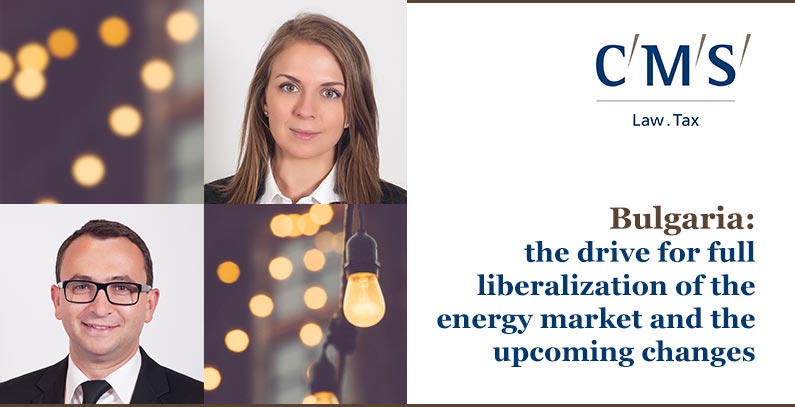 The electricity market in Bulgaria is undergoing certain major changes, including the introduction of new rules for renewable energy producers, the abolition of the electricity export tariff, and market coupling projects, which will also affect the Independent Bulgarian Energy Exchange (IBEX).

The Independent Bulgarian Energy Exchange (IBEX) has been in operation since early 2016. Bulgaria is among the last countries in Europe to introduce such an energy exchange. Its purpose is to regulate free trade, to ensure electricity prices are set on a free market basis, and to bring transparency to the trading of energy.

The main issues that face the free electricity market in Bulgaria are low liquidity, price volatility, and lack of integration with neighbouring markets. The legal framework governing IBEX operations is thus subject to constant improvements and revisions. Some of the most important regulations implemented in 2018 were the abolition of the “single buyer” role (the Bulgarian National Electricity Company), the inclusion of producers of 4 MW and over on the free market, the switch from preferential prices for electricity to premiums, and the purchase of the electricity distribution companies’ technological losses from the market. Centralized trading via IBEX was also introduced.

At the beginning of April 2019, the Bulgarian Parliament adopted at first reading the amendments to the Energy Act, which are expected to enter into force on 1 July 2019. They will require all producers with a capacity from 1 MW to 4 MW to sell their electricity on the free market.

There are 372 plants ranging between 1 MW and 4 MW, half of which are solar, with a total installed capacity of 750 MW. Until now, their electricity has been bought by the National Electricity Company (NEK) and sold on the regulated market.

Under the new law, producers in the range 1-4 MW will switch from preferential prices to a different feed-in tariff structure. They will sell the produced energy at market prices on the IBEX and be compensated for the difference between the market price and the preferential prices granted in 2010, 2011 and 2012 (premium compensation). The premium compensation will be paid out by the special State Energy Security Fund. The changes provide for the granting of a premium on a competitive basis.

It is expected that the IBEX will significantly increase its liquidity, which will inevitably solve one of the main current issues highlighted by the business – insufficient electricity and high prices.

The new regulations will also affect the cogeneration facilities. Premiums for new cogeneration will only be granted after tender. Currently, the Energy and Water Regulatory Commission sets special tariffs on the electricity NEK buys from the combined heat and power plants. According to European Union rules, however, new cogeneration must be tendered.

The changes introduce a competitive procedure for the provision of preferential price or premium and the inclusion of new capacities. The cogeneration will need to meet certain conditions, which should be provided for by the law.

Another expected change is the abolition of the electricity export tariff. Bulgaria is the only country in Europe that still charges fees on its export electricity.

The fee is approximately 5 EUR excluding VAT for each MWh transferred. It is charged as transmission and access to the grid, but essentially it is a tax on electricity paid by the exporter and not by the final customer.

The tariff constitutes a violation of the European rule on the free movement of goods. In its judgement of 6 December 2018, the Court of Justice of the European Union ruled that Member States may not impose taxes on the export of electricity produced on their territory.

The abolition of the electricity export tariff is expected to align the electricity prices with those in the region. This should benefit producers as they will receive the market value of their product.

The administrative requirements for renewable energy sources (RES) below 30 kW have been eased as well. Instead of declaring the electricity produced every month, now the small RES will declare the relevant circumstances and make payments to the Energy Security Fund and the Agency for Sustainable Energy Development once a year.

The proposed amendments also foresee changes to the obligation to pay a “Duty to Society” fee. End consumers connected via a direct cable to their RES will no longer have to pay the fee. This concerns companies that want to install a photovoltaic power plant on their roof and use the energy for their own consumption.

Cooperation with other markets

Market unification with countries from Southeast Europe is expected to stabilize prices on the IBEX. To this end, the IBEX has been in dialogue with all neighbouring markets – Romania, Serbia, Croatia, Macedonia, Greece and Turkey.

At the beginning of 2019, the participants in the project for the trilateral union of the “Day-ahead market”, Bulgaria, Serbia and Croatia, met with the goal of uniting and operating together, bringing long-term positive effects to all market participants and consumers within the initiative.

Furthermore, the European Energy Exchange (EEX) entered into a cooperation agreement with the IBEX in order to expand its product range on the derivatives market with new energy futures. On 3 June 2019, cash-settled Bulgarian power futures will be launched on the EEX portfolio.

Home » Features » Bulgaria: the drive for full liberalization of the energy market and the upcoming changes