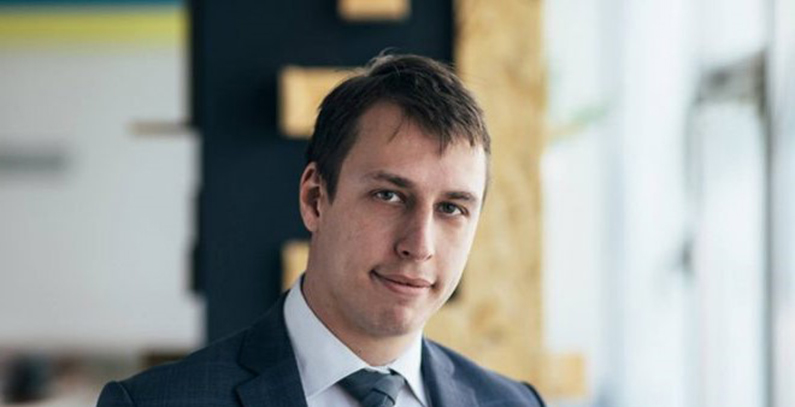 The use of blockchain in the energy sector of Serbia, as well as other countries, would help introduce prosumers – households both producing and consuming electricity and selling surpluses without energy companies as intermediaries. Through the Internet of Things (IoT), it would also enable end consumers to manage their consumption via smart devices and energy companies to reduce costs and improve the reliability of electricity supply, Ivan Bjelajac, co-founder and CEO of a blockchain advisory, research, and product development company MVP Workshop, says in an interview with Balkan Green Energy News.

Bjelajac, who is also one of the founders and president of Serbian Blockchain Initiative (SBI), believes that the Serbian blockchain community can offer first-hand blockchain solutions for the energy and waste management sectors. He also discusses the opportunity Serbia has to be among the global leaders in blockchain technology development given that it has been active in blockchain development from the outset.

What does blockchain bring to the energy sector?

The use of blockchain in the energy sector was one of the first applications developers came up with. Blockchain offers an extraordinary opportunity for any kind of service involving expensive intermediaries, as is the case in the energy sector, where numbers are easy to manipulate and where there are many market participants forced to frequently cooperate.

Blockchain is very easy to apply and is a great way for households to sell surplus energy to other households or on the market, without intermediaries, which makes it interesting for small energy producers – prosumers. The use of blockchain could make them more efficient and ensure their output accounts for a larger share of the overall production, which is very important in terms of sustainable development given the use of renewable energy sources.

Blockchain basically comes down to 3 things: excluding expensive intermediaries, efficiency through technology and process gamification, and securing unalterable records, all of which makes it difficult to manipulate data.

What does that mean specifically?

Blockchain can be used in supply chains, by companies in the energy transportation business, where various abuses are present – the use of blockchain ensures the same quantity and quality gets from A to B, at the same time securing cheaper administration and increasing trust in the system.

When we speak of energy transmission, blockchain reduces the need for control checkpoints, enabling faster checks. All this lowers costs and the price of the service for the end consumer.

Another major area of application is waste management. There are many ways to reward those managing their waste properly. For example, tokens could be awarded to households sorting waste, in what would reduce their utility bills.

We are involved in the technical development of a waste tracking system registering all steps in waste management streams, from waste generation to temporary storage, treatment, reuse, and final disposal. Blockchain ensures the necessary transparency and authenticity of information, which is especially important for hazardous waste streams.

The third area is the Internet of Things (IoT) in the energy sector, where blockchain has many applications. Process automation is always present, and it is very important in the situation when we have allowed machines to do certain things – transport or buy energy and optimize consumption – to know what was ordered by man, and what by machine. Blockchain is a good way to save this data, as it is to enable machines, through tokenization, to have their own wallets and perform machine-to-machine payments to optimize the network without human intervention.

What are the obstacles to a greater use of blockchain in Serbia?

The regulatory framework. The regulatory framework is not an obstacle only in Serbia, but also elsewhere in the world, as it has been created to always involve some intermediaries. Blockchain rests on two principles – decentralization and tokenization. A token is recognized as a commodity in Serbia, which is both good and bad, but it would be good if a token were better defined to clarify how it can be used and how much it is taxed…

Regulatory framework is the main obstacle for wider use of blockchain

A token represents the creation of real things’ digital twins, so it can be said that to own a digital twin is to own the real thing, which simplifies administration and ownership transfer and boosts liquidity.

Another problem in the energy sector is the lack of regulations concerning prosumers. Once regulations are adopted, it would take about a year to apply blockchain solutions.

What would this mean for end consumers, producers, and suppliers?

There would be no dilemma as to how much electricity they have consumed, whether someone got connected to the grid; they would know what they consume energy for and how, they could sell their energy surpluses. They would know their place on the grid and they could optimize their consumer behavior.

All this will be in the not-so-distant future, a few years away, on condition that we have laws and a sufficient number of installed smart devices at households, so that we can manage our consumption or production online. The pace of deployment will basically depend on the speed of introducing smart devices at households – refrigerators or meters with internet connectivity.

There would be no dilemma as to how much electricity end consumers have consumed, whether someone got connected to the grid; they would know what they consume energy for and how

Large companies would benefit from this in the beginning, but so would end consumers at a later stage, as the number of prosumers increases.

Blockchain is a good tool to eliminate intermediaries, which is why it took hold in environments with inefficient administration and where it is lucrative to exclude intermediaries. Serbian citizens are used to striking deals without the administration’s involvement, but they need to establish a basic level of trust. Ever since the Ottoman rule, we have been used to regulating our relations without the state’s involvement, something that likely contributed to blockchain’s popularity here.

Blockchain is a good tool to eliminate intermediaries, which is why it took hold in environments with inefficient administration

Initially, Serbia was a mining country – the bitcoin mining country, with around 25,000 people in the country still involved in cryptocurrency mining, which is catastrophic in terms of energy consumed, i.e. energy wasted. On the other hand, this is good for Serbia in terms of being recognized as an early adopter – many people interested in programming found themselves in that.

Once the major investment in blockchain began through initial coin offering (ICO), Serbia got on board aggressively. We had companies with products, such as ours, which had several years of experience with blockchain and experts with experience, in what helped create an entire ecosystem.

“Serbian Blockchain Initiative (SBI) was established with three goals in mind. The first is to increase local capacity. This will happen on its own, but we would like to help accelerate the process and increase knowledge sharing. The second is to help the state regulate the market, without thwarting the market’s development. The third is to promote the country abroad,” says Bjelajac.

He adds it is important to understand that the blockchain world’s demand for legal and economic experts is equal to, if not higher than, its demand for developers. According to him, this also represents an opportunity for Serbia, which should put in place favorable regulations and a wider use of blockchain in business to help create space for the work of lawyers and economists with knowledge of the matter.

How extensive is the ecosystem?

The number of projects with intellectual property from Serbia is in the double digits, while there are at least twice as many projected developed in Serbia, through companies registered abroad. Serbia has 700-800 blockchain developers. A year ago, there were around 100, compared to about 5,000-6,000 in the world, which was an excellent result for Serbia.

This is one of the rare industries in which the country has been present since the outset, and it is one of some 10 technologies that represent the future of the internet

Over time, Serbia developed a competent IT sector, but what was missing was work on something that was not done worldwide. The IT community took to blockchain as an engineering challenge, as a profitable opportunity, but also an opportunity to develop something globally competitive.

This is one of the rare industries in which the country has been present since the outset, and it is one of some 10 technologies that represent the future of the internet.

Serbia is developing a good ecosystem for the arrival of a growing number of quality people to work in the sector, but we should facilitate their arrival given that Serbia is not globally competitive in terms of developer numbers. The question now is whether we want to lead the way or wait and copy solutions from others.