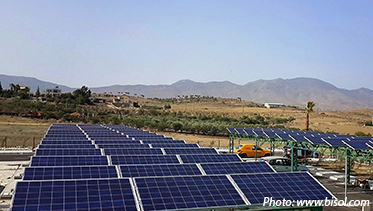 Oil company Belorusneft is making progress with its solar power plant project, as it selected Slovenian producer Bisol Group for installing modules with a capacity of 58 MW. The module maker said it will be responsible for 70% of operations in the EUR 50 million project, heading a group of international companies. The photovoltaic facility will be over ten times bigger than the largest one in Belarus, also operated by the state-owned company, PV magazine reported.

The press release said works on more than 100 hectares may last by the middle of next year. Bisol said it increased sales volume by 64% last year and that it operates in 64 markets. The plan for Rechitsa solar power plant, located in the southern border region with Ukraine, was initially for 50 MW. Meteocontrol GmbH was also selected, to provide solar energy yield reports, in order to pick components for modules and inverters and to help configure the solar farm.

The German-based operator’s managing director Robert Pfatischer said there will be losses due to snow. The announcement said the facility will have 55 MW.