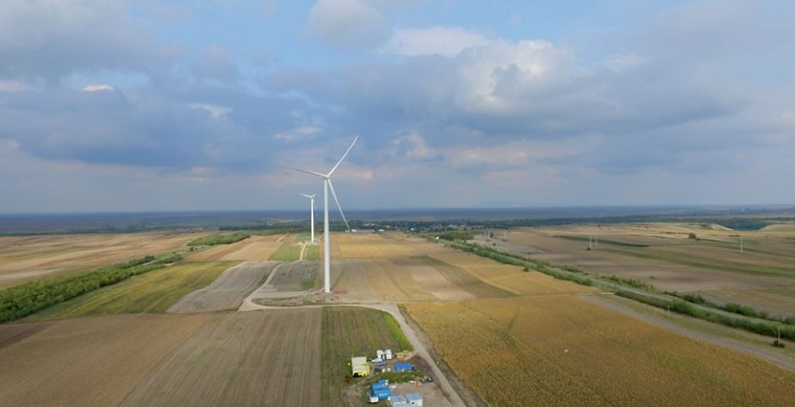 Belgian utility’s project is prelude for nearby power generation facility of 21 Senvion units.

Wind turbines of 8 MW in total capacity, or 2 MW each, were presented in the area of the town of Alibunar, less 60 kilometres northeast of Serbia’s capital Belgrade. Elicio NV’s Malibunar project is located near a site where the Belgian company plans to erect 21 more units of the same strength, and today’s event marked the start of works there. The turbines in the Alibunar plant, which has the same name as the municipality, are also made by Senvion SA of Germany.

The construction of the country’s third wind power facility started last November. Total investment in electricity production in Malibunar, in the south Banat district, is EUR 14 million. The test drive should commence next month, and the full launch is scheduled for early next year.

Minister of energy and mining Aleksandar Antić told reporters there is now more than 100 MW online from renewable sources. Most of the 500 MW quota is planned to be covered with wind turbines, he noted and added half of the capacity should become operational before the end of 2018.

The minister claimed investment in clean energy production isn’t profitable without the feedin tariffs provided by the government, and vowed to maintain support. There are also new models for stimulus in Germany and Denmark, and Serbia will gradually adopt them, Antić revealed.

Total investment in electricity production in new plant in Serbia is EUR 14 million.

Investors said Malibunar will meet power demand equivalent to 7,200 households, but with 16,000 tonnes in carbon dioxide emissions per year less than from conventional sources. Emile Dumont, Elicio’s head in Serbia, acknowledged the two endeavours wouldn’t be able without the support from the government and, particularly, the responsible ministry.

The projected output is 25 GWh on an annual basis. The company, subsidiary of Nethys SA, which also operates in telecommunications, recently obtained a EUR 9.8 million loan from the local branch of UniCredit SpA, which has obtained funding from the Green for Growth Fund (GGF). The investment in Alibunar wind farm amounts to EUR 80 million, partly funded by the International Finance Corporation.

Elicio, incorporated in Ostend, has been developing the two wind power facilities since 2014 via Electrawinds Mali WF d.o.o. and Electrawinds-s d.o.o. The utility’s headquarters are in Liège.