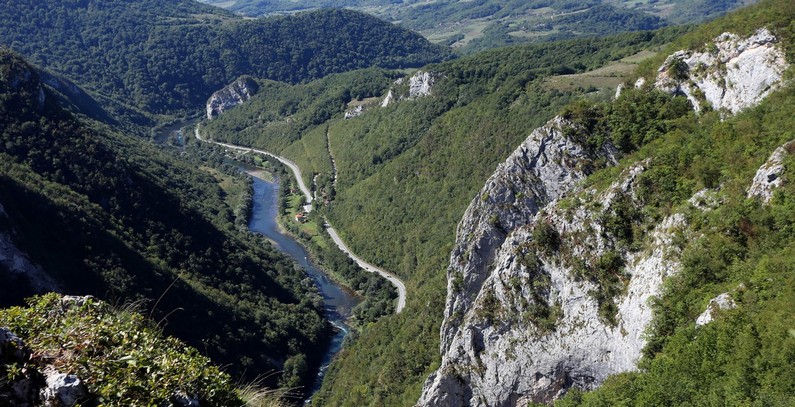 The City of Banja Luka has rejected an initiative for the construction of the Krupa hydropower plant (HPP) on the Vrbas river, as it was not backed by an environmental impact study, Mayor Igor Radojičić said following a recent meeting with representatives of 36 non-governmental organizations (NGOs) gathered in the Coalition for Vrbas.

Radojičić explained that the document laying out the initiative to build a 14.4 MW hydropower plant on the Vrbas river in the Krupa area, submitted in April by Hidroelektrane na Vrbasu, a subsidiary of power utility Elektroprivreda Republike Srpske (ERS), was sent back to the Ministry of Industry, Energy, and Mining of Republika Srpska.

“Even though this is a legal requirement, the initiative seeking the City of Banja Luka’s opinion did not contain an environmental impact assessment and the city administration therefore cannot issue a positive opinion. Another important prerequisite that was not met was to produce a separate spatial plan for the area of the Vrbas canyon, even though this, too, is a legal requirement given that the canyon is a protected area,” Radojičić said, adding that NGOs gathered in the Coalition for Vrbas warned him that the initiative does not deal with the issue of impact on the environment and the quality of water and air.

He recalled that the city assembly opposed similar plans in 2005, when a negative opinion was issued concerning a proposal to build new HPPs on the Vrbas river.

Nataša Crnković of the Coalition for Vrbas welcomed the decision to reject the initiative, noting that she hopes the Republika Srpska authorities will accept “the clear signal from the city administration.”

“We expect them to abort the procedure concerning the construction of HPPs on the Vrbas river. We have taken a very clear position that there is no option to build new HPPs on the Vrbas, as they are damaging for the environment and people, are not economically viable, and adversely affect the quality of life in many ways. As far as we are concerned, there is no room for compromise, and if the Republika Srpska institutions should insist on the project, we are not ruling out a referendum for citizens of Banja Luka to have their say on the issue,” she said.

On April 16, the Ministry of Industry, Energy, and Mining asked for the City of Banja Luka’s opinion on a request for a concession to be awarded in a negotiated procedure for the construction of HPP Krupa on the Vrbas river, within the HPP Bočac area, in the settlement of Krupa, part of the City of Banja Luka. The concession was sought by ERS’s subsidiary Hidroelektrane na Vrbasu.

Public participation is an essential part of environmental assessment procedures, which must be implemented by all Energy Community (EnC) Contracting Parties. If this obligation is not met, the EnC Secretariat will initiate a dispute settlement case to ensure that the EnC law is implemented in practice, the Secretariat recently said in its statement on small HPP development, adding that it is currently assessing a complaint concerning an HPP project in Serbia.

The Secretariat did not reveal what project is being assessed in Serbia, but, according to its website, there is a registered complaint regarding Serbia on the environmental impact of HPPs on Mt. Stara Planina.