All new Volvo models electrified as of 2019 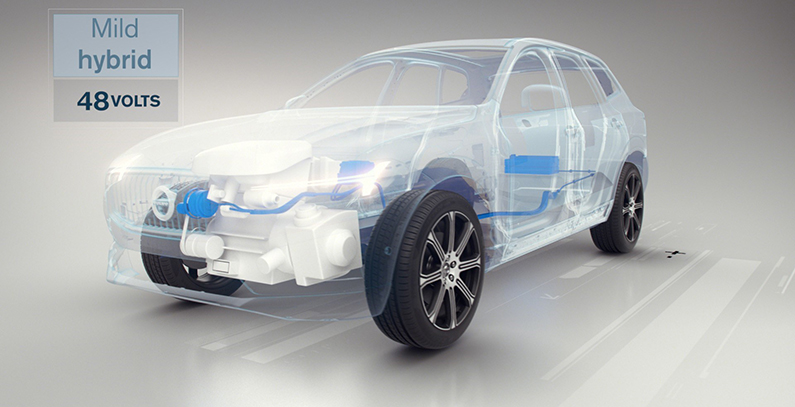 The Volvo company announced that as of 2019 all of its new cars would have electric motors placing electrification at the core of future business and marking the end of cars that have only an internal combustion engine. The press release said that Volvo Cars will introduce a portfolio of electrified cars across its model range, including fully electric cars, plug in hybrids and mild hybrids.

Volvo Cars will be sold with two options as of 2019 – a gasoline engine with a 48-Volt mild-hybrid system, a plug-in hybrid (PIH) system (with both gasoline and electric motors) and a full battery-electric (BEV) system. The first two levels of electrification would be available in all Volvos, while BEV power will be the high-priced option on only three Volvo-branded cars.

Experts believe that the shift to electrification was most probably decided by the Chinese parent company since more than half of all electric cars globally are sold in China. The Chinese government wants the country to have five million electric cars by the year 2020.

According to the Center for Automotive Research at the University of Duisberg-Essen in Germany, Chinese drivers bought 507,000 electric and plug-in hybrid vehicles out of 873,000 worldwide.

Along with those five new models Volvo is planning hybrid options for its gasoline and diesel models which means that every one of its cars will have an electric motor to phase out internal combustion engines.

“People increasingly demand electrified cars and we want to respond to our customers’ current and future needs. You can now pick and choose whichever electrified Volvo you wish,” Volvo Cars CEO Håkan Samuelsson said adding that this is the end of the solely combustion engine-powered car. He said Volvo Cars plans to sell one million electrified cars by 2025.

Volvo did not specify a timetable in which it would completely phase out internal combustion engines.

The European Union is planning to introduce legislation in 2020 to limit new-car CO2 emissions to 95 grams per kilometer which means all car makers who want to sell vehicles in Europe will have to introduce electrified or fully electric models.

Home » News » Mobility » All new Volvo models electrified as of 2019