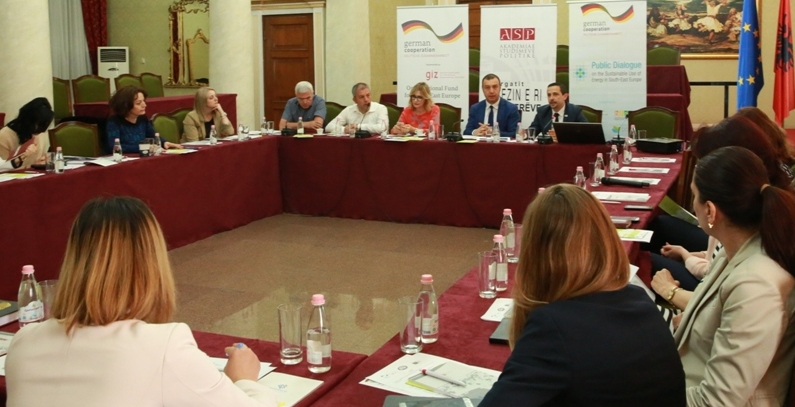 An informative seminar was organized at the Albanian Parliament to discuss the role of MPs in drafting and monitoring energy efficiency policies and climate matters, according to a statement from the Academy of Political Studies (ASP), which organized the event in cooperation with the Parliament. The seminar was supported by the Deutsche Gesellschaft für Internationale Zusammenarbeit (GIZ), in partnership with the Energy Community’s Secretariat.

More than 25 MPs and parliamentary staff, among others, legal experts and advisers of parliamentary groups, took part in the event and a related study visit, aimed at fostering the capacities of parliamentarians to shape the political decision-making process concerning climate-relevant topics.

ASP Director Erjon Tase stated that both energy efficiency and climate protection agendas in Albania reflect a lack of information and awareness of decision makers, which leads to a lack of responsibility. Tase further added that “the German Government funded Open Regional Fund for South-East Europe – Energy Efficiency (ORF-EE) project, under which this activity was implemented, has helped open a dialogue with various stakeholders to emphasize that energy directives are not just a matter of concern for any single government ministry or restricted only to experts.”

“Parliamentarians that participated in the event appreciated the initiative of the ORF-EE and the ASP in organizing such an event, as there is evident need for more comprehensive understanding of such technical topics, according to Aheron Hizmo, ORF-EE Country Coordinator for Albania and Kosovo.

“Parliamentarians said that it is necessary to find or develop adequate mechanisms, which would ensure that drafted legislation, after it has been approved by the Parliament, is implemented without long delays and that by-laws and other legal documents are prepared in due time in order to make laws readily implementable,” said Hizmo.

Presentations by Entela Cipa, Director of the National Agency of Energy Efficiency, and other experts underlined the challenges concerning the implementation of legislation in the sectors discussed. The event continued in form of a study visit to a renewable energy production facility operated by EuroElektra, where the MPs were informed about the practical consequences brought about by the delay in implementation of legislation and other regulations.