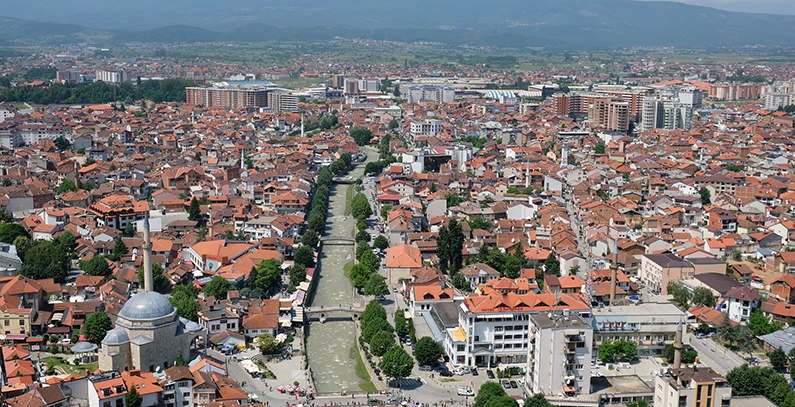 Albania and Kosovo* will jointly build a 200 MW hydropower plant (HPP) in the area between Dragash and Prizren, Kosovo* Minister of Economic Development Valdrin Lluka said.

He said that the project will receive support from the European Union in the amount of EUR 20 million, Albaniandailynews portal reported.

According to the minister, the idea of building the hydropower plant jointly with Albania is very close to receiving final approval.

The EU will provide a EUR 20 million grant for the construction of the HPP to be used for electricity balancing in Albania and Kosovo*, Lluka noted.

According to minister, the plant will affect Kosovo*, Albania and Macedonia.

This location between Dragash and Prizren has a strong potential for a hydropower plant, Lluka said.

Last month, Lluka said that the Ministry of Economic Development aims to transfer the quota of 100-120 MW for HPPs projects to solar and wind power projects because there is greater interest of both foreign and local investors for developing this type of projects.

In November 2017, Lluka revealed that Kosovo* plans investments in the solar energy sector through a new auction scheme. He said that the investments could reach EUR 100 million. So far not a single solar power plant has been built.

Kosovo* now generates almost all of its electricity from coal-fired power plants Kosovo A and Kosovo B with a combined installed capacity of 1,000 MW. Imports cover 10% of overall consumption.

The World Bank in October announced that it will not support a 500 MW Kosova e Re coal-fired power plant, but Kosovo’s* government and the US-based ContourGlobal reaffirmed their commitment to completing the project.

Kosovo* has around 14 billion tonnes of proven lignite reserves, the fifth largest in the world.

Economic Development Minister Valdrin Lluka said that ContourGlobal is on the right path to secure financing from various sources such as state export agencies and international financial institutions.