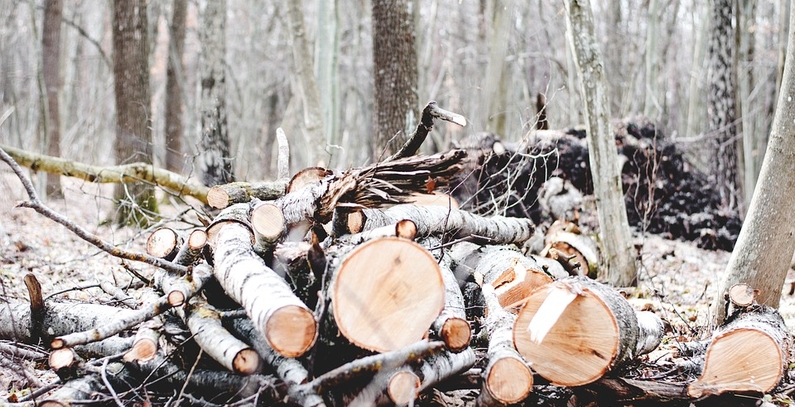 A suspected lack of wood biomass for the renewable fuel facilities has triggered a tricky debate in Croatia. There are claims that a high demand has created problems in supply chain and forest stewardship, caused by insatiable appetite of the “green lobby.” Those in the renewable industry, however, claim that “fossil lobby” is trying to erase all the achievements of sustainable energy transition.

The timber and the subsidies

Croatia has exhausted its quote for subsidising co-generation heating plants (CHP) in the forest biomass all the way to 2020, according to Krešimir Pećar, who published a text o Croatian Energetika-net portal. The CHP facilities keep wasting up to 25,000 tons of healthy raw wood, said this engineer from Osijek, who has experience in designing energy facilities, and has based his discussion on his speeches at the renewable energy sources seminaries. He has calculated that, out of the total forest wood biomass of 398 million cubic metres (m3) run by state-owned Hrvatske šume (Croatian Woods), the annual yield in the biomass reaches 10.5 million m3. Of that, only 15 million m3 is regarded as forest waste, and is found at the area of 24,000 square kilometres. Another 1.5 million m3 of wood waste originates from the processing for own needs, according to Pećar.

While the overall wood waste reaches 30% of the total biomass yield, the better part of it is left in forests, as untile recently there were no commercially viable ways of using it. The waste is, essentially, the fallout of the small chips, partly rotten and wet wood mass. Its heating value is low, and burning it results in heavy ash and tar emissions, which can clog combusting facilities and render them hard to clean and maintain, according to Pećar.

In his calculation, the annual balance of wood biomass was estimated at 7.5 million m3, of which 6 million m3 is usable biomass. Krešimir Pećar said that an increased demand for the biomass renewables opens a way for healthy trees to be shredded into burning material instead of ending in furniture or construction industry. To compensate for a low-quality wood waste, biomass companies are converting timber into chips before they leave forest.

Forests would fall victims to higher quotes, and the privately-owned forests would be destroyed, should biomass demand opens this currently unregulated part of the market, said Pećar. He went on to criticise the whole subsidy system, for which he said was “pulling out” subsidies out of the woods to simulate profitability of the renewables. The problem is, both the subsidies and the new jobs are created using taxpayers’ money. Krešimir Pećar claims that whole transition towards a sustainable energy sector in Croatia was simply copied-and-pasted, not adapted, from European countries like Germany.

A quick and brisk response has arrived from the Croatian Biomass Association (CROBIOM) and the Croatian Wood Cluster (HDK). They reminded that a number of other European Union (EU) countries also saw a wave of similar texts questioning sustainability of biomass and forest stewardship. They say that the “fossil fuel lobby” was active around Europe, following the EU’s Winter Energy Package presentation in late November. CROBIOM and HDK outlined that the transition towards sustainable energy sector is in tune with the European energy strategy, and not just a Croatian whim.

The two organisations said there were not enough data on biomass yields in the privately-owned forests, and added that regulating this gray-area market could bring to market additional 200,000 to 300,000 tons of biomass a year. The wood waste (i.e. branches thinner than 8 cm in diameter) is being fully exploited, and originates from the quality wood processing fallout.

CROBIOM and HDK also said that biomass in produced in sufficient quantities, and is even exported as a result of higher prices offered across the border. Woodchips and other biomass products are being used in power plants in Slovenia, and biomass is exported to Austria and Hungary. Italian companies import from Croatia anywhere between 230,000 and 240,000 tons of biomass either as pellets or firewood, each year. At the same time, kindergartens and schools in Plitvice, Gerovo and Voćin municipalities are heated using imported oil, the RES industry representatives reminded.

While quoting the same set of data on forest biomass as Krešimir Pećar did, CROBIOM and HDK explained that even a small proper intervention would increase the biomass quantity by 500,000 tons a year. The joint statement written by Marijan Kavran cited Josip Dundović, the former chief executive officer of the Croatian Woods and president of Croatian Forest Society’s Biomass Association, who claimed that the sector has a potential to create another 5,000 direct jobs, as well as another 50,000 indirect jobs in the coming years.

Thoughts from experts in Serbia

Looking for answers into how Croatian energy experts started a bitter public quarrel on wood biomass usage, Balkan Green Energy News has asked experts in the biomass field from nearby Serbia for comments.

Viktor Radić, an expert in a company which makes biomass combustion equipment, said Croatia was a witness to a permanent conflict of interests. He explained that it was expected to see fossil fuel sector trying to preserve its share of market. At the same time, the representatives of other renewable sectors – solar, wind and hydro energy – are also trying to increase their footprint in the market. Having experienced business conditions in Croatia as well, Radić said his impression was that, regardless of country’s progress towards sustainable energy sector, the countries in the region keep repeating the same mistake of mixing up real needs and possibilities.

Saša Stamatović, the acting chief of Serbia’s Forest Authority, said the true forest stewardship is run regardless of biomass demand in the market; the process is defined by the need to implement measures of the forest stewardship which will offer timber and products as an epilogue of that basic activity. This is why is it of crucial importance to harmonise policies and instruments in order to achieve goals in forest management and other related sectors.

Forest stewardship has a purpose to help forest in providing the ecological, societal and economic needs in an optimal and sustainable way. The phenomenon that the wood biomass has been recognised as a carbon neutral source of energy has been observed in the last two decades, and more pronounced in the last decade, and has exerted an influence in re-defining forest management in Serbia. Wood cutting in state-owned forests in Serbia has been reaching around 51% of the annual yield in the last two decades. This has used to make a total of 80% of the plans according to stewardship principles, while wood waste has been around 15%, and has been regularly left in the woods. The low figures have been mostly result of the low demand for the lower-quality timber (for cellulose, firewood and wood panels). The current state of the forests and low intensity of the stewardship could serve as a potential to increase annual yield by up to 1 million m3.

The wood cutting is an essential part of forest renewal and care, making forests more efficient in both economic and ecological senses. Wood “haircut” improves forests’ stability, resistance to climate extremes and biological pathogens. Cutting “healthy timber” is indeed one of the forest caretakers’ jobs, with an idea to use the timber before they enter rotting and decay processes while respecting the need to leave some percentage of the waste in the forest to help preserve food chain and biodiversity.

Looking globally and regionally, the demand for all types and quality of timber has been on the rise, and this includes industrial timber, and wood for production of panels, pellet, wood chips, etc. Conflicts between competitors are inevitable and expected, especially when some form of subsidies appears in any related sector. To prevent those conflicts, all market participants should know about biomass potential for the particular type of wood, rather than the entire forest capacity, since transportation and supply are the main limiting factors. And last, but not the least, subsidies and other forms of interventionism are regarded as “a good servant, but a cruel master” and should be used with care.