Wind turbine collapsed amid high winds on island of Pag 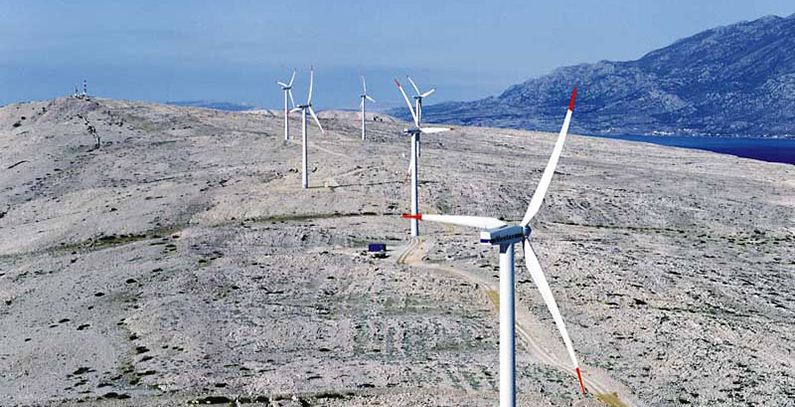 One of seven wind turbines on the island of Pag, in Croatia, collapsed after high winds hit this Croatian island on Friday. So far, the exact cause of the turbine collapse is unknown, but it is assumed that one blade had broken first, which disturbed the balance of the construction, Croatian media reported.

On Friday, Pag was hit by high north-eastern wind, known as “bura”, which was blowing 100 kilometers per hour. Tonči Panza, director of local company in charge of the wind farm, Vjetroelektrane Pag, said that this kin of weather is not unusual for Pag. He said that the cause of the collapse of a 35 tons heavy and a 50 meter high wind turbine is yet to be determined.

For now, it is assumed that the 25 meters long blade was ejected some hundred meters away by the centrifugal force and that this had disturbed the balance of the wind turbine with two other blades still rotating, Croatian public broadcaster HRT reported.

The damage is estimated at EUR 600,000. The other wind turbines are not damaged.

The wind farm Ravne 1 in the island of Pag is located near the town of Pag, and when it was built in 2004, it was the first commercial wind farm in Croatia. The wind farm with the capacity of 5,95 MW was built by the Croatian company Adria Wind Power and consists of 7 Vestas wind turbines of 850 kW. Its annual production is around 10 GWh of electricity annually.