Wind farm quota not to be raised, investors to be selected in tenders – PM 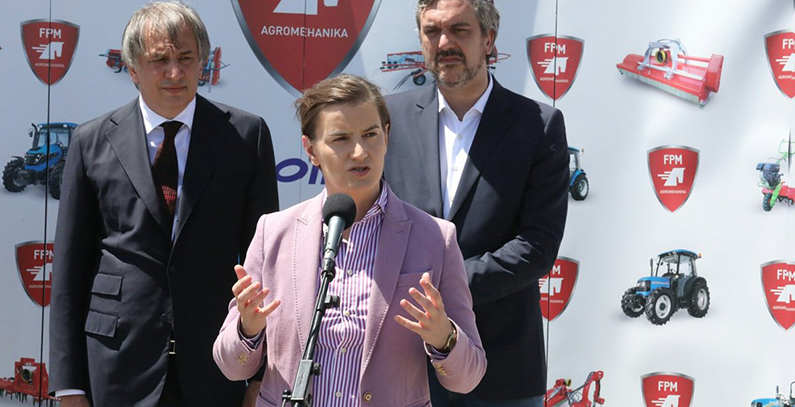 Serbian Prime Minister Ana Brnabić has said that feed-in quotas for electricity produced by wind farms will not be increased over the coming period, noting that the construction of new wind farms will primarily depend on bids in tenders.

Asked whether wind farm projects, which are focused on Serbia’s northern province of Vojvodina, will also be built in the Timočka Krajina region, given that the area has attracted interest, Brnabić said that the energy law envisages wind feed-in tariffs for a quota of 500 MW of installed wind capacity, noting that the ongoing projects have for the most part filled the quota, Tanjug reported.

She added that the matter will be discussed with the Ministry of Mining and Energy.

“The trend in Europe is not to increase quotas – the trend is to organize tenders and award projects to those who offer the lowest prices,” Brnabić said.

This means that new wind farms could be built depending on investors’ offers, she said, noting that she does not believe the quota will be increased, given that Serbia is following the EU trends concerning the matter.

“I think that the one who offers the lowest price will be able to build wind farms,” Brnabić was quoted as saying.

Last year, the Energy Community proposed to Serbia to introduce a system of RES incentives that would be based more on market principles, such as auctions and tenders, as well as to abolish feed-in tariffs. However, some believe that changing the existing RES subsidy system is not in Serbia’s interest.

The Ministry of Mining and Energy is working on a new legal framework, and Miloš Banjac, assistant energy minister for RES and energy efficiency, has said that the feed-in tariff model of incentives for renewable energy production is obsolete, noting that the next step will be the introduction of feed-in premiums and auctions.

Home » News » Renewables » Wind farm quota not to be raised, investors to be selected in tenders – PM