Western Balkan countries once again commit to clean energy development, as EU warns them about hydropower 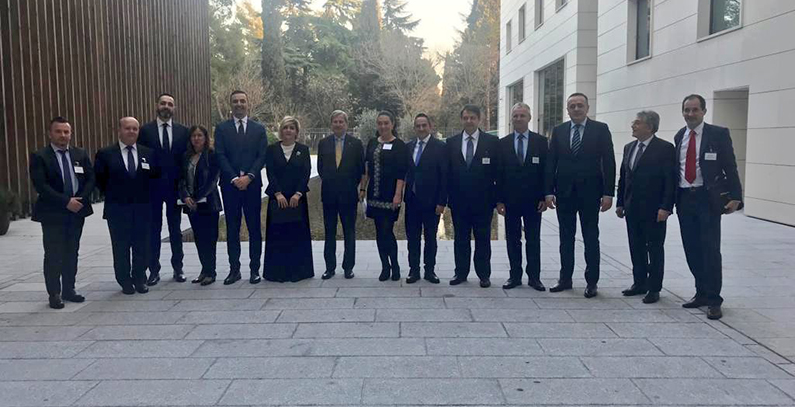 Western Balkan countries are renewing their vows to switch to clean energy sources under joint statements and declarations. However, the EU is calling for caution when it comes to hydropower, warning that the construction of hydropower plants (HPPs) must be in line with the sustainable development principles and the future EU requirements for countries in the region. At the same time, civil society organizations are calling for giving up on HPP construction over their adverse environmental impact.

The energy transition has been troubling all the governments in the region, and additional problems have occurred after citizens and the civil sector started rallying against the construction of small, but also large HPPs, which are renewable energy sources. There is also growing dissatisfaction with air pollution, largely caused by fossil fuels used in power plants, for household heating, and in transport.

The last meeting on these topics was held yesterday in Podgorica, where the energy and environment ministers of the Western Balkans signed a joint statement promising to switch to clean energy.

According to the Montenegrin government’s press release, these countries confirmed their ambition to encourage decarbonization, renewables and energy efficiency, which will strengthen the region’s path towards the EU.

Hahn: New HPPs must be in line with future EU obligations

At the meeting, Johannes Hahn, European commissioner for enlargement negotiations and neighborhood policy, said that transition to clean energy would create new jobs, savings in budgets and health benefits. He also addressed hydropower, noting that it is clearly not possible to build all 140 planned HPPs in the region.

Hahn said that everyone should respect a set of principles for sustainable hydropower. The first is that a priority for investments should be to rehabilitate existing plants to secure the megawatts that hydropower is already providing to the grids (half of generated power in 2016).

“This measure alone will not be enough, particularly if you want to improve the proportion of energy coming from renewable sources. So, when considering the construction of new plants, they must be built in line with your future EU obligations,” he noted.

He said that there are certain parts of the region where it is simply not possible to build HPPs without irreversibly damaging valuable ecosystems and sites of outstanding natural beauty.

That is why it is important to engage with stakeholders: it is not only good politics; it can save you money in the long term and is a legal obligation according to the EU acquis, he said. If any of these projects go ahead there will be obligatory Environmental and Social Impact Assessments, and that includes speaking to local communities and civil society, Hahn went on to say, noting that in a region, this automatically has to mean countries will also speak to their neighbors.

For his part, Montenegrin Prime Minister Duško Marković said that the country will exceed the ambitiously set target for the share of renewables in final energy consumption by 2020, Mina reported.

“We are paying a high price for it, but we remain confident that this brave direction will prove to have been right in the medium term,” he said.

At the same time, Montenegrin Sustainable Development and Tourism Minister Pavle Radulović recalled that Montenegro has a strong hydropower potential, with more than 95 watercourses.

“So far, only 20% of this potential has been used. If we can manage to tap into the gift of nature we have in watercourses, but also wind and around 250 sunny days a year, our country will not be energy dependent in the future,” the minister said, adding that environmental protection regulations must be observed.

Radulović’s announcement concerning the further use of hydropower was hardly welcomed by representatives of civil society organizations (CSOs), which a day earlier, at a preparatory meeting organized by CSO Green Home ahead of the Ministerial Conference, called on the Montenegrin government to give up on the construction of HPPs on the Morača river over huge damage they would cause to the nature and the population.

They also recommended to invest more in wind farms, solar power plants, and other renewables less damaging for the environment.

Economy Minister Dragica Sekulić announced in early January that the preparation of documentation for fresh tendering to build HPPs on the Morača river would be launched.

Nataša Kovačević, executive director of Green Home, said that out of 16 solutions for HPPs on the Morača river, none would be cost-effective without changing the Tara river’s course into the Morača, which would be in dire contravention with the Watercourses Convention.

She said that the overhaul and improvement of energy efficiency of existing HPPs is justified, but that the construction of HPPs must be halted in protected areas with any level of international or national protection levels, including the Natura 2000 areas, nature reserves, important bird habitats, and connected river systems.

She noted that the further construction of small hydropower plants (SHPPs) must be stopped over the damage they cause to nature and the population, for minimal economic benefits.

Milija Čabarkapa, project officer at the World Wildlife Fund (WWF) Adria, believes that the non-transparent way procedures are implemented for the construction of HPPs on the Morača river is a cause for concern, as evidenced by the fact that the Economy Ministry has marked all documentation concerning the project confidential.

“And we all know that early participation of stakeholders in the decision-making processes is key for a project’s sustainability,” Čabarkapa said.