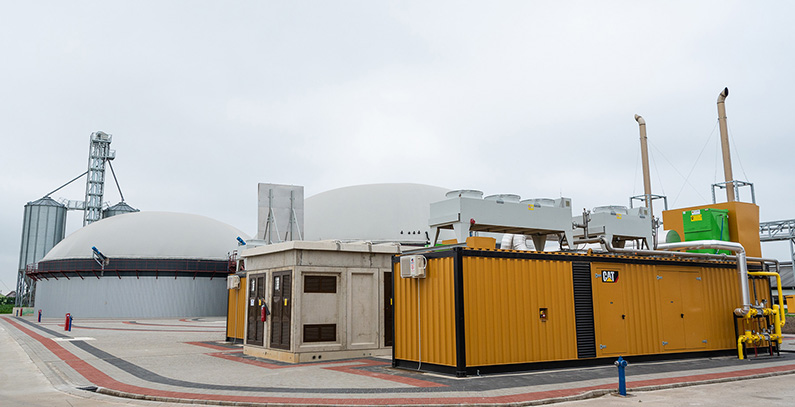 The company Vinex Etil has put into operation a combined heat and power (CHP) plant on biogas in the village of Lukićevo near Zrenjanin in Vojvodina.

The company invested EUR 4.8 million in a 2.2 MW cogeneration plant.

Goran Ilić, owner of Vinex Etil, said the heat would be used to produce bioethanol or medical ethyl alcohol, and that the electricity would be delivered to the grid. The use of biogas means that the use of fossil fuels for the production of electricity and heat will be reduced.

The heat will be used in bioethanol production, and electricity will be delivered to the grid

According to Ilić, in addition to economic benefits, the biogas power plant will contribute to the protection of the environment. At the same location where this biogas plant is located, Vinex Etil already has a cow farm and a bioethanol factory.

All byproducts from the farm and the distillery will be used as raw materials for the production of heat and electricity, said Ilić.

One of the first biogas CHP plants in the region was opened also near Zrenjanin. The plant was built in October 2016 by the company Bioelektra in the village of Botoš.