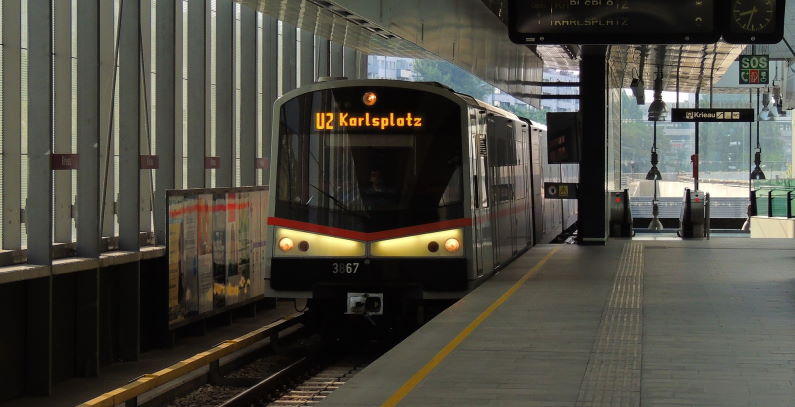 When underground trains arrive at Altes Landgut in a southern district in Vienna, braking energy is recovered for illumination and the electric devices at the station.

Friction creates heat and braking releases energy. After a successful pilot in 2018, the public transport operator in the Austrian capital introduced an inverter at another underground station. The excess energy generated by subway trains’ arrival at Altes Landgut in the south of Vienna is fed into the grid for lighting, escalators and elevators.

Almost the entire electric transportation fleet run by Wiener Linien, including trams, is already equipped to reuse braking energy. It flows back into the direct current (DC) grid and in the subway it helps run a vehicle leaving the station or passing through. The newer models had the system installed originally and others are being converted.

When there is no other train at the underground station, the braking energy would turn to heat and dissipate. So the firm decided to install inverters and use the power for the 20 kV alternating current – AC system.

The innovation was launched at the Hardeggasse U2 station. Altes Landgut, inaugurated in 2017, is on line U1.

Vienna, which is regularly ranked at the top of international lists for mobility, renewable energy and environmental protection, rolled out the project within its efforts to define a climate model for cities.

The more energy is recovered and used, the less needs to be generated. The two stations are essentially power plants, saving 3 GWh per year, equivalent to the consumption of 720 households, and 400 tons of carbon dioxide.

The next facility is planned for U4 station Ober St. Veit and it should be installed next year, according to the schedule. The endeavor is funded by federal development bank aws and the national foundation for research, technology and development – Österreich-Fonds.

Of note, solar panels installed last year at Ottakring cover up to 50% of electricity needs of the U3 terminal. Since January, Wiener Lienen has been buying only domestic CO2-free renewable power.