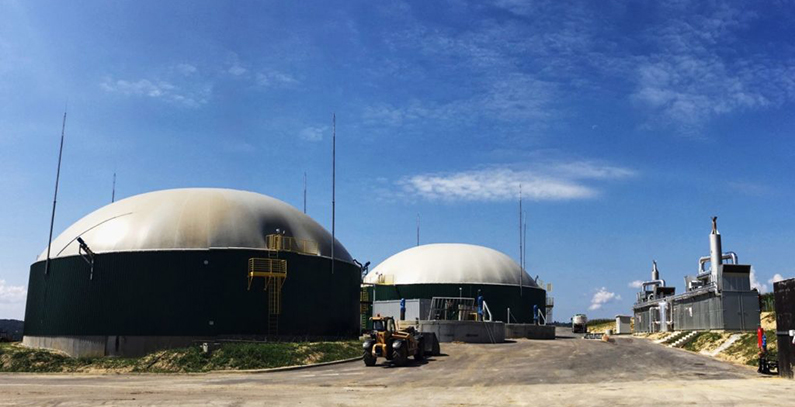 Two biogas facilities were officially opened on September 23 in Gregurovac near Križevci, a town in central Croatia. Portal Križevci.info reported. Production unit Organica Kalnik 1 and power plant Orehovec, from investments of HRK 93 million (EUR 12.4 million), are the first two out of six systems planned as part of an endeavour worth EUR 34.7 million in underdeveloped parts of the Koprivnica-Križevci county and Virovitica-Podravina and Osijek-Baranja counties.

Next to the biogas plant in Gregurovac, the administration building was built. Also, 29 workers were employed, while deliveries of raw materials were inked with 150 subcontractors. After the completion of all six biogas plants, about 100 inhabitants are expected to work at the site.

The plant in Gregurovac has a capacity of 2.4 MW and the one in Orehovec has 1.2 MW.

Director of the biogas plant Francis Hoić said the complete investment, with the administration building, is worth about EUR 13.3 million. He stressed the plan for each plant is to build heating systems for greenhouses for vegetable production and a processing line of organic waste from households.