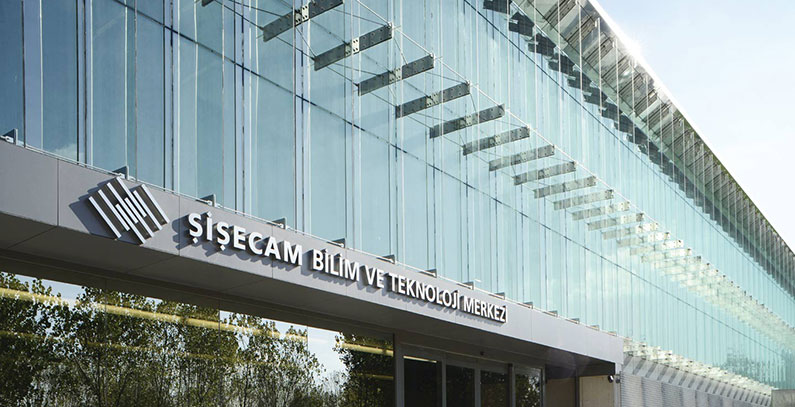 Turkish glass and chemicals group Sisecam made and installed a 6.2MW solar plant at the top of its Mersin Flat Glass Factory. This rooftop photovoltaic (PV) plant has become the second largest solar roof-top in both Turkey and Europe.

Total investment in this project was TRY 22 million (EUR 4.8 million). The plant that covers over 79,300 square meters is 100 percent domestic. From design and equipment, locally made, to engineering and other services carried out by a Turkish company. The special solar glass for panels was made by the Mersin factory itself.

This facility is expected to offset 5,600 tonnes of carbon dioxide (CO2) emissions per year. According to the Sisecam’s plans, the company’s goal by 2022 is to have 12 MW installed power in renewable energy production in its portfolio.

With investments in the area of renewable energy, Siscam group has  made a very important contribution to the goal of “Accessible and Clean Energy” in the United Nations Sustainable Development Goals (SDGs), Turkish media emphasizes.

Sisecam plans to invest TL 37 million in five years, starting with a 87 kWh solar power plant project on the roof of its Science and Technology Center. According to Daily Sabah, the project is prepared and it was submitted to the Turkish Electricity Distribution Corporation (TEDAS) for approval. Once approved, the system will be commissioned for domestic consumption.

Sisecam is the third largest producer of household glassware in the world, and the fifth largest manufacturer of glass packaging and flat glass. The group has been producing glass material, which is the top layer of solar collectors and solar panels, for the solar energy sector as low-iron, tempered frosted glass and offers solar energy systems for use by manufacturers.