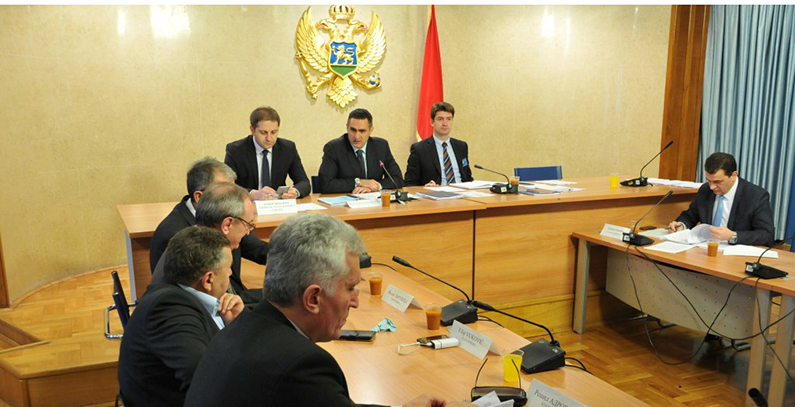 For the third time in a row since 2012, on March 7, the Committee for Economy, Budget and Finance of the Parliament of Montenegro, held a Parliamentary hearing on energy efficiency.

This year´s hearing focused on the implementation of the Law on Efficient Use of Energy and was organized as part of the regular Parliamentary Committee Session.

The session also welcomed participants non-members of the Parliament, such as high-ranking representatives from the Ministry of Economy, representatives of the NGO sector, Chamber of Commerce, Union of Municipalities and of the German development cooperation Deutsche Gesellschaft für Internationale Zusammenarbeit (GIZ).

The hearing dealt with the analysis of the current conditions in the area of energy efficiency of Montenegro, with an emphasis on encountered difficulties in the application of the Law on Efficient Use of Energy. The accent was placed principally on difficulties faced in the sector of energy efficiency of buildings. Underlying problems primarily referred to were the lack of development of strategic plans, absence of certification of energy performance of buildings due to non-existence of national software for estimation of and determination of the energy class of buildings, deficient or unsuited human capacities and lack of continuous financial support in this area. Sanja Rašović, the Coordinator of the School of Democratic Leadership from Montenegro, added in her statement to the media, that other issues addressed concern the fulfillment of commitments by state authorities, local governments and relevant regulatory bodies.

The discussion also served the assessment of the level of achievement of planned objectives in the area, as well as of the level of success of undertaken activities on awareness raising on energy efficiency, implemented through various projects.

The implementation of Parliamentary hearings, since their initiation in the region of South-East Europe (SEE) in 2012, is a result of efforts invested through the regional Public Policy Dialogue on Sustainable Use of Energy in SEE Initiative, implemented by the Network of seven Political Schools of SEE and supported by the GIZ Open Regional Fund for South-East Europe – Energy Efficiency (ORF-EE), as financed by the German Federal Ministry for Economic Cooperation and Development (BMZ).

Also as a result of best-practice cross-border exchange, Parliamentary hearings have in the meantime been successfully implemented and repeated in other SEE countries such as Kosovo, Croatia, Serbia, Bosnia and Herzegovina, Albania, and Macedonia (FYR). “The continuous implementation of such Parliamentary hearings demonstrates the establishment of a tradition in the energy efficiency sector of the SEE region promoting more democratic and transparent decision-making processes“, Jasna Sekulović, GIZ Project Manager stated.

Furthermore, the spill-over effect of best regional practices proves the effectiveness of efforts invested and the importance of regional knowledge sharing and collaboration in this sector, especially also in view of EU integration of the countries in the region.