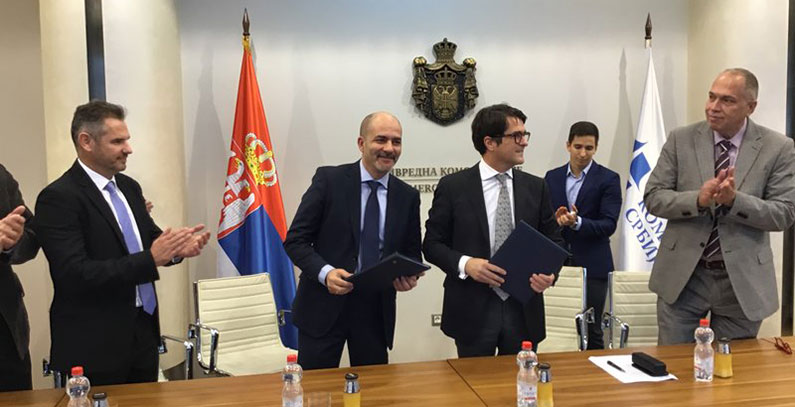 The Serbian Chamber of Commerce (PKS) and Spanish renewable energy consultant company Navitacum have signed an agreement on cooperation in the assessment of Serbia’s solar potentials.

Navitacum will be engaged in the preparation of projects for renewable energy sources, especially solar parks with an installed capacity of more than 50 MW, and attracting investors in this sector, PKS said in a press release. The participants of the meeting said major companies from Spain, Switzerland and the European Union are already interested to invest in Serbia.

The agreement was signed by Igor Popović, director of the Section for commerce at the chamber, and Francisco Gonzalez, director of Navitacum.

Gonzalez said major companies from Spain and other EU countries, as well as Switzerland, are eager to invest in solar power plants in Serbia.

In cooperation with the relevant institutions, a study will be produced on the production capacities and the presence of renewable energy sources in Serbia, especially for solar energy, while PKS will help with advisory services and contacts, Popović said.

The Spanish company is not interested in government subsidies, and intends to propose different models of attracting investors

The Spanish company is not interested in getting state subsidies, and will suggest different models of attracting investors for projects for power from renewable sources in Serbia, PKS said.

According to data from the International Renewable Energy Agency (IRENA), Serbia has significantly stronger solar irradiation than most European countries, with the best conditions in the southeastern part of the country, making it an attractive destination for large global investors from the sector, according to the statement.