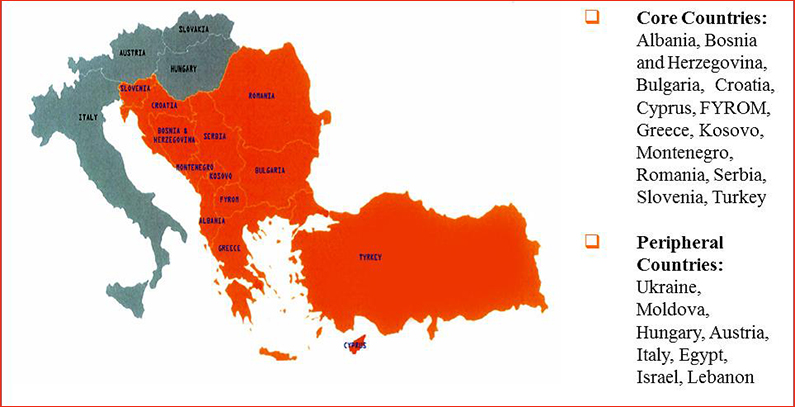 The Institute of Energy for SE Europe (IENE) staged on December 14,  a special event to present its recently completed major study “South East Europe Energy Outlook 2016 – 2017” (SEEEO 2016-2017). SEEEO 2016-2017 provides a thorough and comprehensive insight of the region’s energy sector and contains a huge amount of data including energy demand and supply projections and investment estimates until 2025 for a whole range of energy applications.

Capitals of the region to host study presentations

The first official presentation took place at the Giannos Kranidiotis auditorium in the Greek Ministry of Foreign Affairs, in Athens, to a selected group of senior business executives, energy experts, foreign diplomats, as well as IENE members and associates and contributors to the SEEEO 2016-2017. In the first quarter of 2017, a number of road shows are planned in Sofia, Bucharest, Belgrade, Istanbul, Vienna and other cities in the broader region. Details will be announced through IENE’s website.

The SEEEO 2016-2017 study will be published early in the next year and can be ordered through IENE’s website.

Commenting on EU and SEE energy policy review, IENE’s study observes that there is “a painful realization of the conflicting points of view between EU energy planners and SEE countries’ priorities when it comes to the development of indigenous energy sources. The hierarchy agreed and followed by the countries at national energy policy level is strictly determined by economic considerations and gives credence to solid fuels, in spite of GHG commitments and the overall EU Climate Change policy direction”.

In the case of renewable energy sources and how these could be best utilized at country level in the SEE region, the “Outlook” sees a clear failure at EU policy level since EU planners encourage countries to achieve specific national targets for RES penetration but at the same time expect the governments of the very same countries to respect strict budgetary rules by not exceeding specified public deficit levels. The unhappy story of the rapid RES growth and then deflation, all within 3-4 year period, in countries like Romania and Bulgaria clearly demonstrates the failure of such EU policies and their application at regional level in economies still struggling to achieve sustainable economic development, or in the case of Greece, a country whose economy has suffered from continuous contraction over the last six years.

Although the economies of the SEE region appear widely divergent in terms of structure and level of development, they share a number of challenges which appear to be common to all. Chief among them is the priority they all give for the development of the energy sector, both in terms of infrastructure and market operation.

Oil and coal still appear as a mainstay of the regional energy mix. Moreover, the large amounts of indigenous coal and lignite deposits explains the persisting relevance of solid fuels, which contributed about 33% of the gross inland consumption and 38% of the gross electricity generation of the SEE region respectively in 2015. The SEE region is characterized by high oil and gas import dependence. Crude oil and oil product imports corresponded to 82.65% of total oil consumption and natural gas to 69.5% compared to 53.5% of the EU average.

Natural gas is becoming increasingly important to the energy mix of the various SEE countries, both for power generation and domestic use. However, its further use is hampered because of poor infrastructure, lack of adequate cross border interconnections, and until very recently high prices.

The so called peripheral countries (like Italy, Syria, Lebanon, Israel, Moldova, Ukraine, Hungary) are playing an increasingly more influential role in the channeling of energy flows into the SEE region. Moreover, in terms of security of energy supply the SEE region as a whole appears more vulnerable than the rest of Europe (mainly Western European countries). The SEE region being close to major gas producer countries in the southeast borders and the East Med can be used as a route for energy supply to the rest of Europe. Main energy routes in the making include the Expanded South Corridor, the Vertical Corridor, the East-Med, the EuroAsia Interconnector etc.

The market liberalization process in the electricity sector in most SEE countries, especially in EU Member Countries and in Turkey has made impressive progress over the last five years with unbundling having taken place and competition in the retail area now evident in some countries after many years of protectionism. Less impressive is progress in the natural gas sector where competition is largely limited to the industrial sector with retail lagging seriously behind.

For renewable energy sources to achieve greater penetration in the SEE energy mix and thus facilitate the region’s decarbonisation, the IENE study says that strong policy measures are needed to be backed by EU guaranteed financing, which should be introduced over the next five years. It must also noted, that, despite national and regional regulatory and legislative initiatives, energy efficiency in SE Europe is not being given enough priority or attention.

Investment prospects for energy related basic infrastructure and energy projects across the board (i.e. electricity, natural gas, RES, thermal power plants, oil and gas explorations, energy efficiency) look positive over the next decade. There appears to be marginal improvement in anticipated and planned projects from now on until 2025, compared to the projections made in 2011 for the period 2011-2020, with total estimated funding in the region of EUR 267 billion in the base scenario and EUR 321 billion in an optimistic scenario.